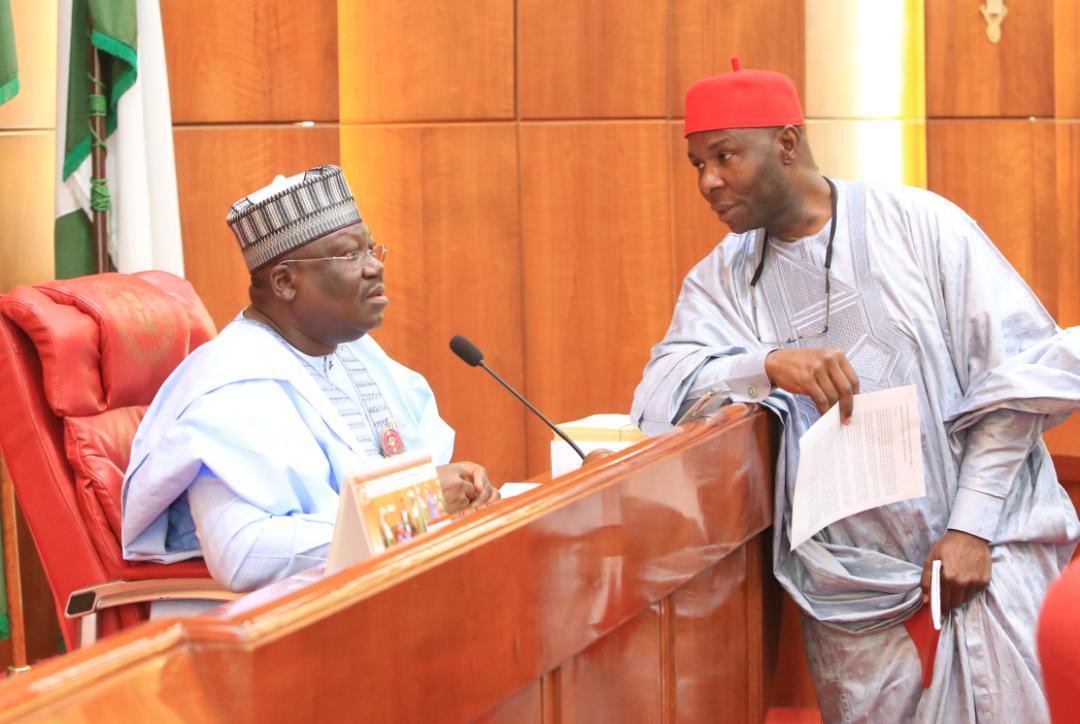 The Senate, on Thursday, received a request from President Muhammadu Buhari for the approval of the Federal Government’s 2016 – 2018 borrowing plan.

The letter, which was dated November 26, 2019, was read on the floor by the President of the Senate, Ahmad Lawan, during plenary.

President Buhari, in the letter, said the Eighth National Assembly approved only a part of the External Borrowing request forwarded to it in September 2016.

This, according to him, stalled the Federal Government’s implementation of critical projects spanning across the mining, power, health, agricultural, water and educational sectors.

The letter reads: “Pursuant to Section 21 and 27 of the Debt Management Office (Establishment) Act, I hereby request for Resolutions of the Senate to approve the Federal Government’s 2016 – 2018 External Borrowing plan, as well as relevant projects under this plan.

“Specifically, the Senate is invited to note that: While I had transmitted the 2016-2018 External Borrowing Plan to the Eighth National Assembly in September, 2016, this plan was not approved in its entirety by the Legislature, only the Federal Government’s Emergency projects for the North East, (Four (4) States’ projects and one (1) China Exam Bank Assisted Railway Modernisation Projects for Lagos – Ibadan Segment) we’re approved, out of a total of thirty-nine (39) projects.

“The Outstanding projects in the plan that were not approved by the Legislature are, nevertheless, critical to the delivery of the Government’s policies and programmes relating to power, mining, roads, agriculture, health, water and educational sectors.

“These outstanding projects are well advanced in terms of their preparation, consistent with the 2016 Debt Sustainability Analysis undertaken by the Debt Management Office and were approved by the Federal Executive Council in August 2016 under the 2016 – 2018 External Borrowing Plan.

“Accordingly, I have attached, for your kind consideration, relevant information from the Honourable Minister of Finance, Budget and National Planning the specific outstanding projects under the 2016 – 2018 External Borrowing plan for which legislative approval is currently sought.

“I have also directed the Minister to make herself available to provide any additional information or clarification which you may require to facilitate prompt approval of the outstanding projects under this plan.

In a related development, President Buhari, in another letter, addressed to the Senate President transmitted the Companies and Allies Matters Bill, 2019 to the National Assembly for consideration and passage.

The letter reads: “Pursuant to Section 58 of the Constitution of the Federal Republic of Nigeria 1999 (as amended), I hereby forward the Companies and Allied Matters Bill, 2019 for consideration and passage into law.”

“The Senate may wish to note that, in this Bill, Section 26(5) of the extant Companies and Allied Matters Act has been amended to: Preserve the powers of the Attorney-General of the Federation to approve the registration of Companies Limited by Guarantee: and Reflect the Ease of Doing Business principles in Executive Order No. 1 of 2017 on the Promotion of Transparency and Efficiency in the Business Environment,” the letter stated.