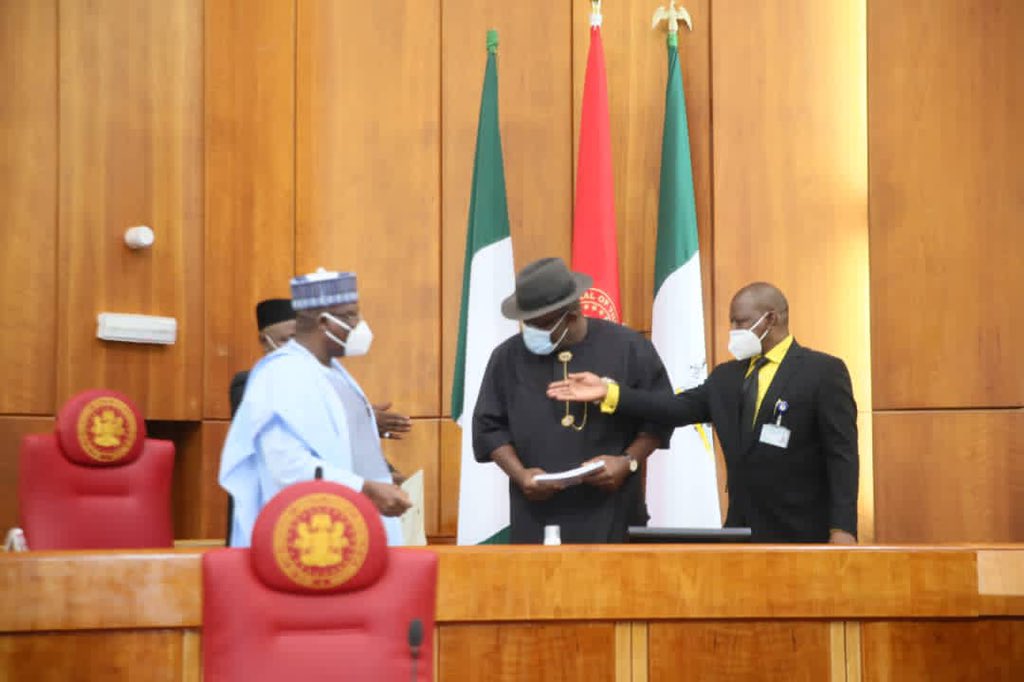 The lawmakers were sworn in at exactly 11:04am shortly after the commencement of plenary.

Two of the newly sworn in lawmakers, Nora Ladi Daduut and Adetokunbo Abiru replace the Late Senators Bayo Osinowo; and Ignatius Longjan who represented Lagos East and Plateau South before their demise in 2019 and 2020, respectively.

Abiru, Born on March 25, 1964, served as the Group Managing Director/Chief Executive Officer of Polaris Bank Limited until his resignation on August 24, 2020, to contest the Lagos East senatorial bye-election on the platform of the APC.

Abiru was also the Executive Director at First Bank Nigeria Ltd from 2013 to 2016, and served as the Honourable Commissioner of Finance, Lagos State, from 2011 to 2013 under the leadership of then Lagos Governor Babatunde Raji Fashola.

Prof. Nora Daduut, born 10th May, 1953, until her election was the head of the French Department of the University of Jos.

2023: We’re behind you, Deltans in Lagos assure Gbagi