…Donates N10M towards rebuilding the market 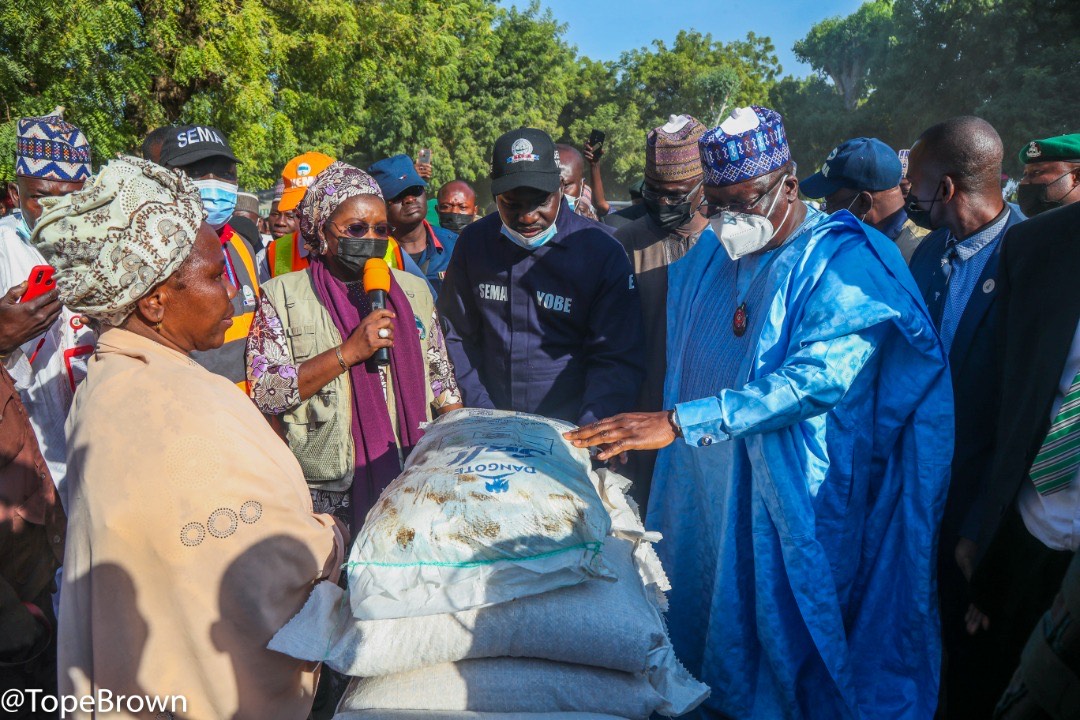 Senate President Ahmad Lawan, on Thursday, visited the Central Market in Nguru, Yobe State, to sympathise with the victims of the fire incident of last Saturday.

Sen. Lawan arrived Nguru in the afternoon, paid homage to the Emir of Nguru and later proceeded to the main market to see for himself what happened.

The Senate President later donated the sum of N10 million towards rebuilding the market and appealed to other people in the community to make similar contributions to ease the sufferings of those who are affected by the fire incident.

Sen. Lawan also witnessed the flag off of relief materials to victims’ by the Federal Ministry of Humaniterial Affairs, Disaster Management and Social Development through the National Emergency Management Agency (NEMA). 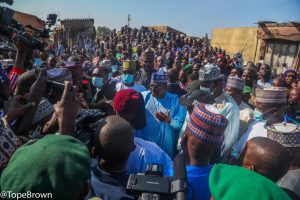 Speaking shortly before the distribution of relief materials, Sen. Lawan prayed against a recurrence of such incident.

He said, “Incident like this happen because they are destined to happen. But like some said, there are causes and sources of such accident. We need to look at why the fire outbreak is happening almost on yearly basis in our market here.

“Nguru Central Market is a very important market to us in Yobe State and in the Northeast. We have so many people who benefit from this market directly and indirectly.

READ ALSO:http://2023: Our man’ll slug it out with Tinubu, says Pro-Osinbajo group

“So, we are supposed to do everything and anything possible within our limit to support our people who have lost so much in their businesses to the fire accident.

“When I learnt about the fire incident, I immediately placed a call to the Honourable Minister of Humanitarian Affairs and Social Development to inform her of this development and of course, she sent NEMA Northeast to come and see what has happened here. 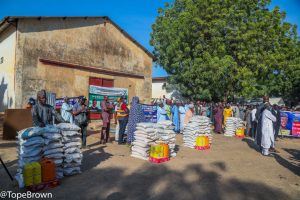 “NEMA has brought some relief materials for our people. But because this is relief material, this is simply to cushion the immediate impact of that accident.

“I want to commend the Chairman of Nguru Local Government Council for assuring us that all those that are affected will benefit from the relief materials appropriately.” 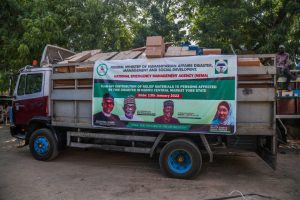 She said the relief materials brought were based on the damage assessment and need analysis conducted by NEMA and for emergency response.

The Minister said the North East Development Commission (NEDC) had been directed to assess the situation for assistance of victims’ recovery from the disaster. 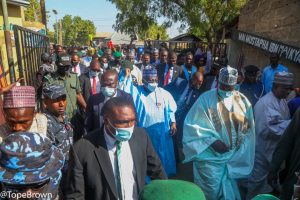 APC may sanction Osinbajo if he pursues his presidential ambition