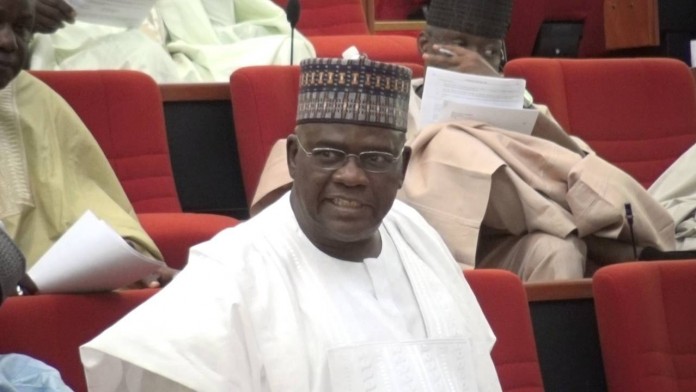 Some persons under the aegis of North-East Consultative Forum (NESF) have asked Sen. Danjuma Goje to declare his intention to run for the Senate President.

A statement by co-conveners of the meeting, Mustapha Saidu and Bello Ambo on Thursday in Abuja, said they reached the decision at an emergency meeting of the forum.

They said the meeting which held in Bauchi, with six other groups from the zone, had reposed confidence in Goje’s style of leadership.

According to them, the groups include: North-East Elders Mobilisation Forum; All Progressives Congress National Youth Caucus and the Borno Discussion Circle.

Others are: Gombe Political Associations  and North-East Youth Awareness for Good Governance.

They said the groups after thorough assessment of the three contenders for the position from the North-East, endorsed Goje, a former governor of Gombe State.

“Following very wide consultations among stakeholders, party members and Nort-East Consultative Forum and after careful assessment of Goje’s contribution to the party we endorse him for senate president.

“Besides, Sen. Goje is eminently respected among members of the National Assembly and the country for his immense contribution to the success of the APC in 2015 and 2019 general elections,” they said.

They disclosed that the group had already written to the National Chairman of the APC, Comrade Adams Oshiomhole, calling for a review of the endorsement of Sen. Ahmad Lawan for the position.

“The landslide victory of the APC in Gombe State in the just concluded general elections is a sure testimony of Goje’s gallantry, loyalty and commitment to  the APC.”

“It will serve the best interest of the party if his Excellency and the party review the stance on th choice of Sen. Ahmad Lawan.

“We call for a level playing field for all aspiring candidates from the North-East to showcase themselves to their colleagues.

“We, therefore urge Sen. Goje to come forward and declare his interest to vie for the position of the President of the Senate in the 9th Assembly,” they said.

The conveners, however, commended the party for zoning the position to the North-East.

They said it was a confirmation of the party’s commitment to rewarding the zone’s contributions to the party’s victory in the elections, in which Goje was a major player.(NAN)