Senate on track to deliver on promises to Nigerians – Lawan 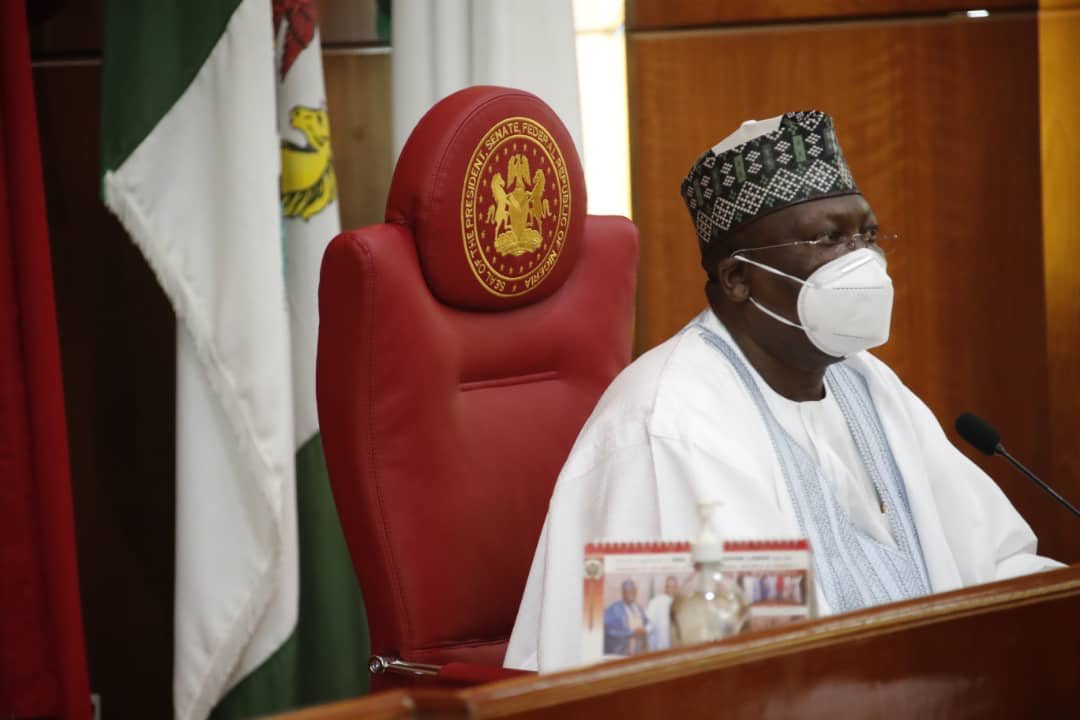 Senate President Ahmad Lawan said, on Thursday, that the Ninth Senate which just clocked one year has remained on track to deliver the promises made to Nigerians.

“Today, we can say that we have remained on track to delivering on our promises to the Nigerian people,” Sen. Lawan said in while addressing his Distinguished colleagues at plenary on the one year anniversary.

The Ninth National Assembly, comprising Senate and House of Representatives, was inaugurated on 11th June, 2019 for a tenure of four years.

He said the Senate, working with the House of Representatives has created a productive and proficient National Assembly.

Sen. Lawan said, as a bicameral legislature, the Senate will continue to partner with the House of Representatives to engender stability and productivity.

He said, “both the Ninth Senate, indeed the National Assembly and the Executive arm of government have decided to collaborate and partner for a harmonious working relationship.

“There is no doubt that this has proven to be beneficial to the people we represent.

“I commend the executive arm of government for the valuable partnership that has so far yielded improved service delivery to our citizens.”

The Senate President recalled that the major concern one year ago was the need to have a Budget Cycle that will be regular, predictable and stable.

“We worked extra hours and days to ensure that the Budget 2020 was passed before the end of December 2019.

“Our committees carried out necessary scrutiny of the budget estimates of the various Ministries, Departments and Agencies (MDAs) before the Budget was finally passed by the National Assembly on 5th December, 2019.

“It is noteworthy that the passage of the 2020 Appropriation has enabled the Federal Government to start the implementation of the budget from January 2020,” Lawan said.

The Senate President said in the one year under review, the Senate has introduced 450 bills some of which had been signed into law while others in different stages of legislative processing.

Sen. Lawan said the Senate, on Thursday, passed the revised 2020 budget which was necessitated by the adverse impact of COVID-19 pandemic on the country’s revenue.

“As an oil dependent country economy, the slump in the price of crude in the world market means that the revenues we earn cannot meet the planned expenditure.

“In order to support and enable the government raise the necessary funds for national development, there were requests for approval to borrow both from the domestic and foreign sources.

“We have approved 28 billion dollars in the last one year. We had ensured the proper scrutiny for the desired projects and programmes of government, the conditions of the facilities before approving such borrowing requests.

“The task ahead us is to ensure tracking, monitoring and supervision of how the loans are applied. We must ensure that the target projects remain, and that there is value for money also,” Sen. Lawan said.

COVID-19: Umahi threatens to close down religious gathering for 7-days over non- compliance of protocols