Senate mulls debate for Presidential, Gov’ship candidates ahead of polls 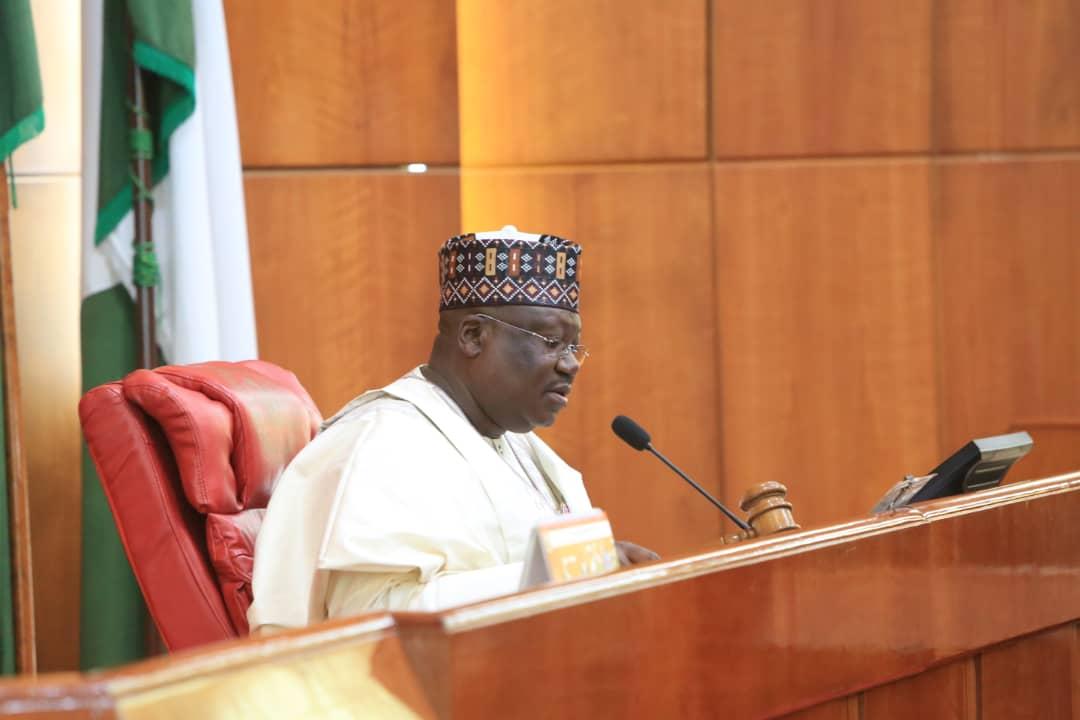 The Senate, on Thursday, begun amendment to the Electoral Act to introduce electoral debate as a requirement to be fulfilled by candidates of political parties seeking to contest Presidential and Governorship elections in Nigeria.

Sponsor of the Electoral Act Amendment bill 2020 (SB.176), Sen. Abdulfatai Buhari (APC – Oyo North), in his lead debate said if passed by the National Assembly, the piece of legislation will put an end to voting based on ethnic and religious allegiances in the country.

He added that when signed into law by President Muhammadu Buhari, the amended Act will also empower the Independent National Electoral Commission (INEC) to organize and conduct debate for all candidates into the offices of the President and Vice President of the Federal Republic of Nigeria; and of Governor and Deputy of a state.

The lawmaker explained that the introduction of debate to Nigeria’s election process would enable electorates to not only know about the personality of the candidates, but also their lifestyle, belief, and reaction to national issues and foreign policy.

“The Election Debates bill, if passed into law, shall be used to sample the candidates’ knowledge on a wide range of issues, like a detailed analysis on how they intend to drive the economy, foreign, health and education policies among others,” Sen. Buhari said.

Likening the process to the function of the National Assembly under Section 147(1) of the Constitution (as amended) on the confirmation of Ministerial appointments, the lawmaker said the introduction of election debate would give electorates the platform to ask questions and test the knowledge of candidates on a wide range of issues.

“Anyone who desires to be Governor or President should be confident enough to lay derailed analysis of his or her plan before the electorates.

“This will offer the electorates the avenue to evaluate candidates and they will vote along ideological lines, rather than on ethnic or religious allegiance as it is prevailing in our country today,” Sen. Buhari said.

He added that, “other African countries that have imbibed the culture of elections debates include Ghana, Sierra-Leone among others.

“If these countries can successfully organize election debates for potential nominees thereby strengthening their democracy, it can only be an oversight on the part of Nigeria who prides itself as the Giant of Africa not to provide an all-inclusive avenue for her electorates to assess their to-be Representatives through informed process.”

Senators who contributed to the debate threw their weights behind the passage of the bill.

Some, however, called for the establishment of a separate Commission to be responsible for the conduct of election debate in the country.

Two Senators, Barau Jibrin (APC – Kano North); and Aishatu Dahiru Ahmed (APC – Adamawa Central), in their separate contributions suggested that participation in election debate be made optional as against mandatory.

He, therefore, posited that, “this role (election debate) should be given to another body.”

According to him, the introduction of election debate for candidates “will help to deepen democracy and improve on the quality of persons standing for election” in Nigeria.

Sen. Barau Jibrin (APC – Kano North) observed that, “this is an idea that is tested and working elsewhere, infact, all over the world.”

“Ours cannot be different, we need to do the same, so that we don’t allow those who don’t have the ideas, knowledge and wherewithal to lead.”

Sen. Jibrin Isah (APC – Kogi East) said that making debate mandatory for candidates standing in for high political offices “will be an opportunity for electorates to know their candidates and make informed decisions.

The lawmaker, however, said the National Orientation Agency (NOA) is in a better position to work with INEC in carrying out such responsibility.

Sen. Smart Adeyemi (APC – Kogi West), while supporting the bill said its introduction “is a sure way of institutionalising democracy in Nigeria.”

The lawmaker opined that for success to be recorded during the conduct of electoral debates, such a role should be reserved for the media, as it remains an “unbiased umpire” that would guarantee fairness and transparency.

Senate President Ahmad Lawan, in his concluding remarks, called for the creation of a separate Commission that would be saddled with the responsibility of organising election debates in the country.

According to him, doing so would not only reduce the burden on the Electoral Commission, but will secure the interest of opposition candidates who are expected to participate in such debates.

“I believe that INEC has enough responsibilities and to give them the responsibility again to organize this kind of debate, INEC being a government body, will cause some difficulty for people, especially in the opposition, in participating in such debates.

“So, I think we probably go the way of other countries, to have non-State actors, and independent people,” Lawan advised.

The Senate President referred the bill which passed second reading to the Senator Kabiru Gaya-led Committee on INEC for further legislative work.