The senator, representing Lagos West constituency at the Upper Chamber of National Assembly, Sen. Solomon Olamilekan Adeola, and Chairman of the Senate Committee of Finance has distributed seedlings to farmers across the Lagos West Senatorial District and beyond, so as  as to achieve food security in the face of agricultural production disruptions of recent times.

Senator Adeola while distributing the agricultural seedlings at the Lagos State Television premise, Ikeja, according to his Media Adviser, Mr. Kayode Odunaro, said it was parts of his efforts in alleviate poverty among its constituents. 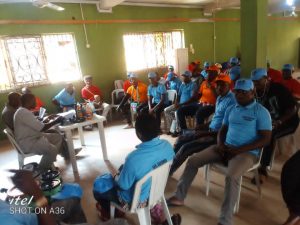 The senator who was represented by Barrister Babatunde Rajh-Label, the director general of Senator Adeola Support Groups, said the gesture was aimed at equipping farmers to be able to provide needed food items for the district and reduce total dependence on food items from other parts of the country.

Sen. Adeola used the occasion to advice youths to embrace agriculture and agricultural value chains because South West Nigeria is blessed with arable land that can be used to cultivate all sorts of food items all year round.

Some of the farmers who spoke with newsmen at the distribution centre hailed the Senator for counting them worthy of empowerment in addition to the 3500 he is empowering for through entrepreneurship development and skills acquisition, grants and equipment saying the seedlings would go a long way in boosting their agricultural business. 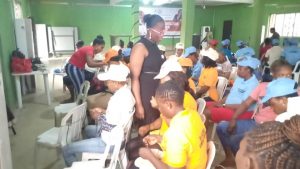 Also speaking, the leader of Agbe Loba Group in Alimosho Area, Mr. Felix Faturoti, appealed to government at all levels to make access to loan easier for farmers in order to assist them acquire some farm equipment and machines adding that other political office holders should emulate Sen. Adeola whose direct impact on thousands of constituents are undeniable and there for all to see.

Fashola dissociates self from 2023 Presidency ambition