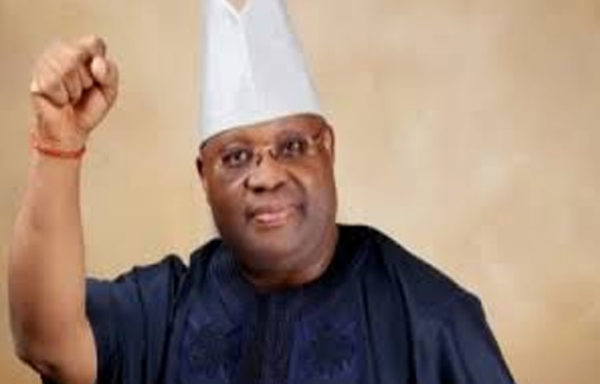 Sen. Ademola Adeleke has dragged the acting Inspector General of Police (IGP), Adamu Muhammed, to court over his (Ademola)’s arrest and detention, in Abuja, on May 6, 2019.

He had dragged the police boss to an Osun State High Court, sitting in Ikirun, praying for his fundamental rights to personal liberty and right to freedom of movement.

The court, presided over by Justice Jide Falola, granted the request.

He ordered the police not to arrest or detain the senator, pending the determination of the case before the court.

Justice Falola noted that the ruling of Justice I.E Ekwor of the Federal High Court, Abuja, has incapacitated the Respondents from arresting or detaining the applicant.

Counsel to the Applicant, Barr. Kanmi Ajibola, frowned at the attitude of the police by arresting his client, despite being served with the court order.

British PM May in peril over Brexit on EU election day