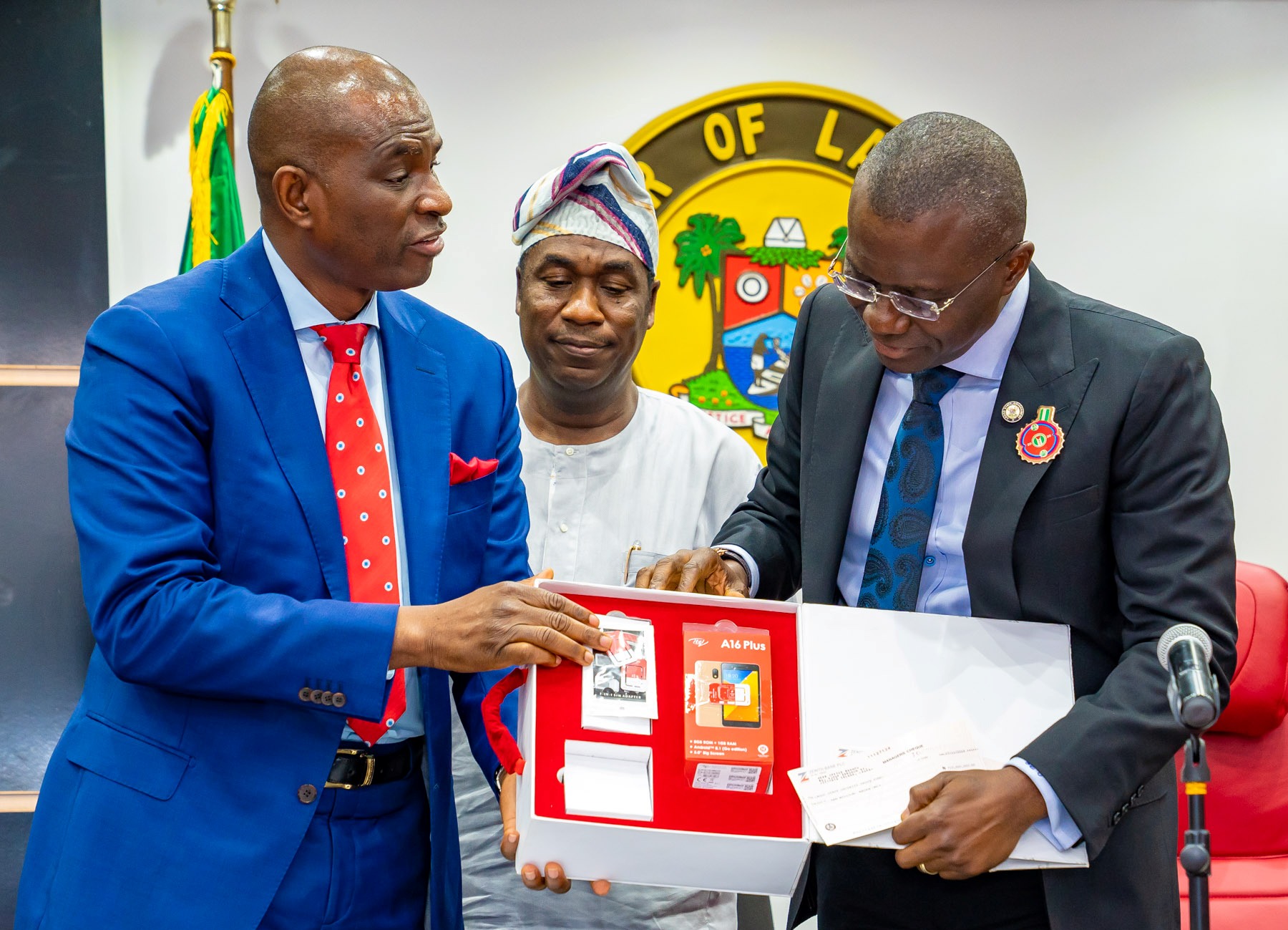 Governor Babajide Sanwo-Olu of Lagos State has promised to strengthen security across the State to justify the donations being made to the Lagos State Security Trust Funds (LSSTF) by public-spirited individuals and corporate organisations.

The governor said his administration would spare no effort in protecting the lives of residents and corporate assets within the State, stressing that provision of security in all communities in the State remained at the centre of the effort being put forward by his administration to transform the State’s economy to be 21st century-compliant.

Governor Sanwo-Olu stated this while receiving the management team of Airtel Nigeria on a courtesy visit at the Lagos House in Alausa.

Led by the Airtel’s Managing Director, Mr. Segun Ogunsanya, the management staff of the mobile telecommunication giant handed over an undisclosed sum of cash and communication gadgets to the Governor as donation to the State’s Security Trust Fund.

It would be recalled that the Airtel Nigeria management, at a private dinner organised by LSSTF two months ago, made a pledge for the donation of the cash and materials to boost security operations in Lagos.

While receiving a bank draft from the Airtel boss, Governor Sanwo-Olu described the gesture as “a huge boost” towards his administration’s effort to strengthen security in the State. He said the fulfillment of the promises made by Airtel was an indication of the telecoms firm’s integrity and readiness to be a partner in Government’s drive towards creating thriving environment for commerce.

He said: “On behalf of the entire people of Lagos, I humbly receive this cash donation, which will greatly boost our capacity to respond to security challenges. It is very cheap to make promises but it takes great courage to fulfill the pledges. Airtel has further provenits track record in integrity by coming back to fulfill the promises it made two months ago.

“This is keeping faith with our Government and a demonstration that LSSTF is making huge impact.

“We will continue to justify the confidence of donors, whether individuals or corporate organisations, by deploying the resources judiciously and transparently.

“By making this huge donation, Airtel has not only demonstrated to be a partner in our drive to keep Lagos safe, it has also shown that it is a responsible corporate citizen that has continued to meet up with its civic responsibilities without being prodded.”

The governor observed that security issues had recently dominated his conversation with members of the public and the media, pledging that his administration would not rest on its oars in making the State safe for business and living.

He reiterated the on-going plans by his Government to introduce technology in combating crime in Lagos, while also disclosing that the donors’ funds would be deployed to build Data and Control Centre that’ll enable the police and other security agencies analyse crimes and security incidents.

Governor Sanwo-Olu also commended the mobile telecoms firm for adopting Oremeji Primary School in Ajegunle for complete renovation. He described the gesture as “complementary”, pointing out that the Government had begun massive renovation of basic and secondary schools across the State’s three senatorial districts.

Ogunsanya said Airtel would remain dedicated to its partnership with Lagos Government towards socio-economic growth of the State, adding that the firm’s financial commitment to the Security Trust Fund would not be one-off.

Apart from the cash, other materials donated by Airtel to LSSTF included mobiles phones, SIM cards and recharge cards, which will be distributed to security operatives engaged by the State to fight crime.