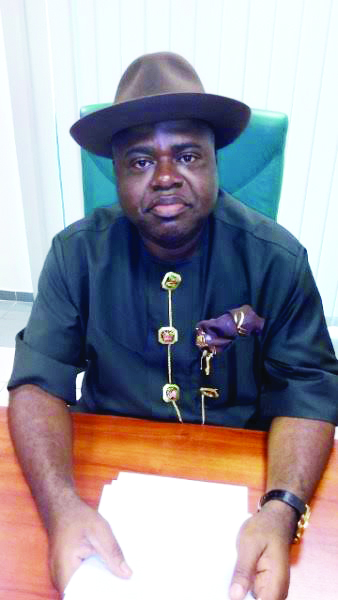 The gubernatorial candidate of the People’s Democratic Party, (PDP) in Bayelsa State, Senator Douye Diri, has accused security agents of colluding with political thugs of the All Progressives Congress, APC, to rig the gubernatorial election in favour of APC.

After casting his vote at his polling unit, Ward 6, Unit 4 in Sampou community, Kolokuma/Opokuma local government area of the state, Diri said reports of violence across the state allegedly perpetrated by thugs loyal to the APC in the presence of security agents without any attempts by the security agents to stop them was an indication that both were working together to deprive PDP of victory.

“It is going on peacefully in my unit and Kolga. Voting orderly here. It’s going on well here. However, I have reports of pockets of electoral fraud commited by APC, coming on with thugs to hijack materials denying PDP members from voting. I raised the red flag about Nembe Bassambiri. What I have is that no PDP agent is allowed to go into Nembe Bassambiri. At Eniware in Southern Ijaw Local Government Area, the reports I have is that the APC thugs went there. The same with Opolo, and other places. But we are monitoring the process”, Diri said.

The PDP candidate also called on Independent National Electoral Commission, INEC, to justify the huge investments on this election by ensuring free, fair and credible poll.

Diri, called for cancellation of results from where electoral materials were hijacked.

“Let me call on the umpire first, the INEC, to be alive to their responsibility on the disturbing reports on the incidences we are hearing. Where they need to invoke their power, they should do so either not accepting cooked up results where materials have been hijacked”, Diri said.

He added: “We call on the security agencies not to take side with APC, which are the reports we are getting. Let them be professional and neutral so that the election will be credible and open so that our party members are not harassed”.