School lunches blamed for hundreds of Vietnamese children with tapeworm 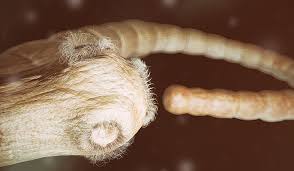 An outbreak of tapeworm infections among children in northern Vietnam has sparked fears that school lunches have been contaminated, state media reported on Monday.

“Doctors have diagnosed the infections in 209 children from Thanh Khuong community in Bac Ninh Province, which borders Hanoi,’’ the Vnexpress news site reported.

Over 800 pupils from 19 preschools have been tested since March 7 at the National Hospital of Tropical Diseases and the National Institute of Malariology, Parasitology and Entomology in Hanoi, with medical authorities fearing more cases will come.

The Tuoi Tre newspaper reported that infection was first suggested in February after cooks at the Thanh Khuong Kindergarten spotted larvae in the school lunch pork supply.

When news of the suspected infections began to spread, parents began taking their children to Hanoi for testing in March, leading to positive test results that have spurred concern in the community.

The source of the outbreak, however, has not been definitively confirmed, and is currently under investigation.

The species of tapeworm, Taenia solium, is spread through contaminated food. While easily treated, it can cause brain damage and blindness if left unchecked. (NAN)