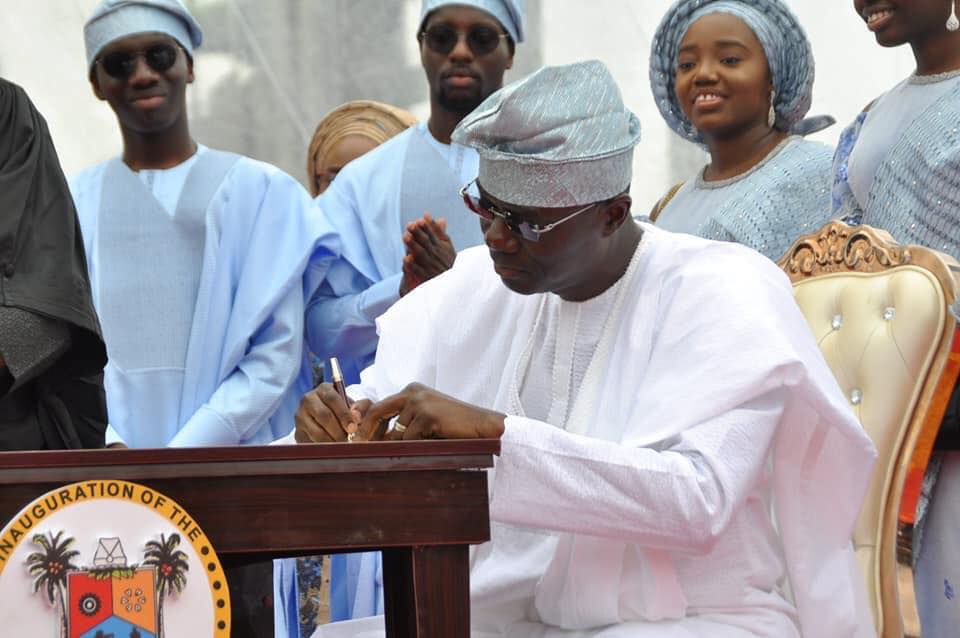 Dr Adetokunbo Pearse, Lagos Governorship Candidate of the Social Democratic Party  in the 2019 General Elections, on Wednesday advised  the state new Gov. Babajide Sanwo-Olu to satisfy the people and not godfathers.

Pearse, a university teacher, made the appeal in an interview with the News Agency of Nigeria (NAN).

He spoke after the inauguration of Sanwo-Olu as the 15th Governor of Lagos State in Ikeja.

Pearse noted that Sanwo-Olu won the March 9 gubernatorial election through popular votes, and advised that Lagos residents should be at the centre of his administration’s policies and programmes.

READ ALSO:Died for love of football

“I will advise him (Sanwo-Olu) to realise that it was the people of Lagos who voted for him and not godfathers.

“Democracy has to do with the people, so the new governor should do everything possible to meet the needs of the people and not to satisfy any godfather or any group or any individuals.

“He should realise that we are deficit in education, infrastructure and  deficit in housing. Road congestion is still perennial,” he said.

According to him, without a permanent solution to gridlock in the state, its economy cannot grow to fullness.

Pearse urged Sanwo-Olu to review sources of internally generated revenue of the state and block all wastages in order to expedite infrastructure development.

The don added: “I will advise him to continue with the projects that his predecessor started, where they are good, positive and progressive. He should complete them.

“He should not be vindictive with these projects because it is  tax payers who will suffer.

“The state has invested money in these projects. If Sanwo-Olu cancels the projects, he will be throwing the state into deficit and it will project him to be vindictive.”

Pearse said that destroying what a predecessor  did would not move any state forward.

NAN reports that Sanwo-Olu succeeds Mr Akinwunmi Ambode who lost a second term bid during the primary election of the All Progressives Party. (NAN)

The dilemma of Lagos environmental laws

What has kept me going is grace – Adeniyi Johnson