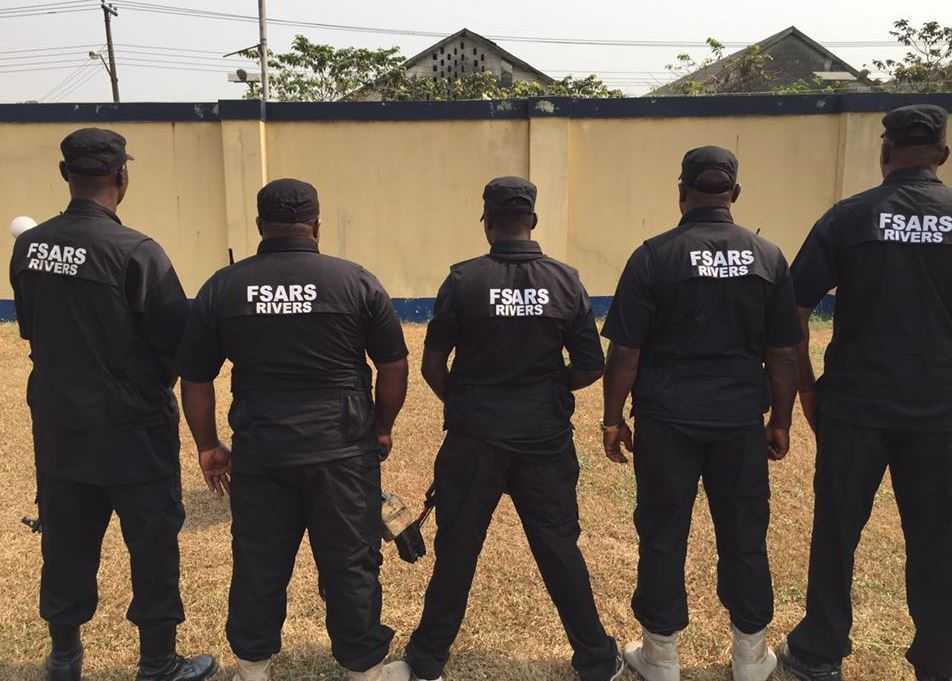 Tragedy struck, on Monday, when a secondary school student, identified as Adijat, was allegedly shot dead by an operative of the Special Anti-Robbery Squad at Adamo junction in Ikorodu, Lagos State.

It was gathered that the trigger-happy SARS personnel, who is said to be a Police Sergeant, stormed the area alongside his team to raid a criminal hideout.

The suspected criminals had attempted to attack the police team, when the Police Sergeant released fire to disperse the hoodlums.

The bullet reportedly strayed, killing Adijat who was helping her mother sell cooked food close to the hideout.

Investigation revealed that the girl, who is a student of Isun Grammar School, had just returned from school and was still wearing her uniform when she was cut in her prime.

An eyewitness account had it that the alleged criminal hideout was a notorious  den for hoodlums, where the buying and selling of marijuana, alcoholic beverages and where other forms of immorality were practiced.

“That place is dreaded by those of us who live here. We used to think the hoodlums were above the law because operated without restrain. They were lords in the area and no-one dare challenged them.

“During the day, they gather there to smoke and drink. I also suspect they are the once responsible for the snatching of bags and phones in this area at night,” a resident who did not want her name mentioned revealed.

The Lagos State Police Public Relations Officer, DSP Elkana Bala, who confirmed the incident said, “The sergeant who shot the school girl is in custody. The Commissioner of Police has ordered an in-depth investigation into the incident.”

Yar’Adua Foundation, 29 others to lose property worth N4.8bn to FG -ICPC