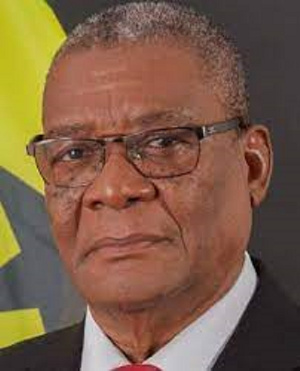 The President of São Tomé and Principe, Evaristo Carvalho, is hospitalised in the Central Hospital of São Tomé, where he was operated on for a hernia, a source close to the Head of State said.

The Sao Tome president was admitted to the Doctor Ayres de Menezes Central Hospital, on Saturday afternoon and “was submitted to an emergency operation for a hernia,” a source close to Evaristo Carvalho told Lusa, on Monday, August 16.

“It’s a problem that has bothered him for a long time,” he explained, adding that “when he was in Portugal, he was told to have an operation, but he didn’t want to.”

In September 2020 Evaristo Carvalho was in Portugal where he carried out some consultations and the doctors believe that his state of health-inspired “unpostponable care,” having undergone an undisclosed surgical intervention.

Saturday, Evaristo Carvalho began to feel very bad, the pain began to get worse and, under the guidance of a surgeon, he was hospitalized and underwent surgery for the hernia, revealed the source contacted by Lusa.

A relative of the President of the Republic also confirmed the hospitalisation of the Head of State but did not explain why.

Lusa contacted the head of the Emergency Bank of the Hospital Doutor Ayres de Menezes who said she “does not have any official information” about the entry of Evaristo Carvalho into the Hospital.

“Even if it wasn’t an emergency, I should be informed,” explained to Lusa by the doctor who is also director of intensive care at the largest hospital in the country.

The source contacted by Lusa said that the “President of the Republic is still hospitalised because he had a drop in tension and the doctors understood that it is better to stay there where he has better conditions for follow-up.”

According to the source, the President of the Republic may still be discharged today, Monday, but will continue under medical supervision at his official residence in Morro da Trindade.

The internment of Evaristo Carvalho comes at a time when discussions in São Tomé and Príncipe are about the possibility of extending his term of office, which ends on September 3, since his successor will only be known on the 12th of the same month.

The Independent Democratic Action Party (ADI), in opposition from São Tomé, defended the extension of the mandate of Evaristo Carvalho, while the President of the Parliament considered that the constitution of São Tomé and Príncipe does not provide for the extension of the mandate of the President of the Republic, by that Evaristo Carvalho should be replaced on an interim basis from September 3.

PANDEF, others task FG on publication of NDDC forensic report