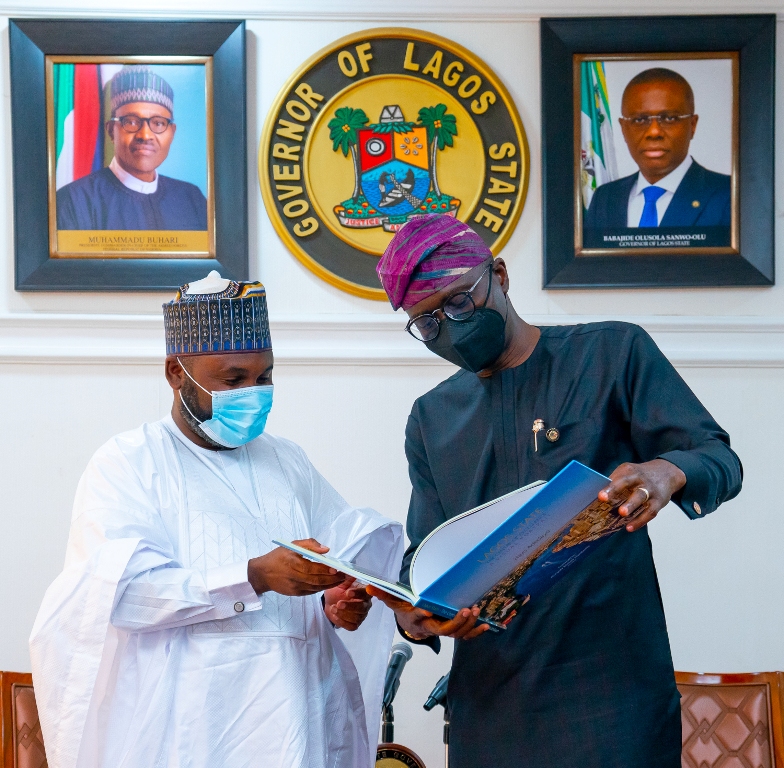 Governor Babajide Sanwo-Olu of Lagos State has urged the Federal Government to provide adequate funding for the Lagos-Badagry Expressway, an international gateway to West African countries.

He said Lagos State Government has taken a leap to start a 10-lanes highway on the Lagos-Badagry Expressway and it has already done almost 18 kilometers of the road. He therefore appealed to the Federal Ministry of Works to push it further and take it to Badagry.

Governor Sanwo-Olu, while receiving the House of Representatives Committee on Works, led by its chairman, Hon. Abubakar Kabir Abubakar, during a courtesy visit at the Lagos House, Ikeja, on Monday, also tasked the Federal Government to speed up the construction of the Lagos-Ibadan Expressway.

The governor, who commended the House of Representatives members for coming to Lagos for on the spot assessment of the works carried out in the State by the Federal Ministry of Works, said urgent action should be taken to work on the Otedola Bridge area of the Lagos-Ibadan Expressway, to prevent regular accidents on the axis.

He said, “We are happy with the level of work that has been done on Apapa-Oshodi Road but we need to go back to do a lot of clean-up.

“There is still a side road that has not been completed. We know this is a special dispensation given the Order 8 that has been used but we can still go back and clean up the areas, especially around the Tin-Can Port and Apapa Port, so that we can free the traffic in all those areas and take it up to Ijora.

“Lagos-Badagry Expressway is one that I am aware of that doesn’t have sufficient funding. 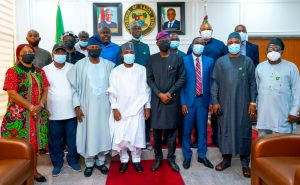 Lagos-Badagry Expressway is an international gateway. We heard that Ghana, Republic of Benin and Togo have done their own; it is trans-West Africa corridor which five countries pass through. But it is only the Nigerian part of it that has not been fully fixed, which is from Seme boarder into Lagos and go straight to the port.

“But Lagos on its own has taken leap to start something. So, we are doing a 10-lanes highway and we have done almost 18 kilometers of that and we are taking it to a place called Okokomaiko.

“We have been expecting the Federal Government and the Federal Ministry of Works to push it and take it to Badagry. Our desire is for them to make it 10-lanes highway.

“It is an international road and it has capacity to take high level of traffic. That is one place we believe you will look into.”

Governor Sanwo-Olu, while commending the Federal Ministry of Works’ intervention on some of the federal roads in Lagos State, urged Federal Government to speedily consider the major failed portions of the Lagos-Ota-Abeokuta Road and other Class A federal roads that are important in decongesting traffic out of Lagos.

He continued, “We are not living everything to Federal Government. We are also taking up the responsibility of trying to build the Fourth Mainland Bridge.

“We will work and collaborate with Federal Government at some point. It is a 37-kilometer ring road that is going to exit finally on Lagos-Ibadan Expressway. It is audacious but we are looking to use PPP model to be able to build it.

“We believe that you should be able to see the Phase One of it coming out before the end of this administration. We are not leaving anything to chance. We are doing 18-kilometer six-lane, rigid pavement in Lekki-Epe Expressway.

“We are doing 10 kilometers six-lane regional roads and several others. We are doing bridges and other constructions on our own. That is what can open up and free a city.

“We are not just only doing that, we are pushing movement on our waterways. We are doing our rails so that we can have integrated mass transportation using rail, waterways and road connectivity in Lagos. We want everybody to come here to see that it is comparable to any city in the world. That is our plan.”

Speaking earlier, Hon. Abubakar said his committee has reached out to the contractor in charge of the Marine and Eko Bridge and they promised that the project will be completed in four weeks’ time, adding that the committee is also working on a new project in Lagos, which is Isolo-Mushin Road.

He said the Committee would also work tirelessly toward the completion of the Ikorodu-Sagamu Road for the project to be ready before the end of the President Muhammadu Buhari administration.

“Lagos State is very important and critical to Nigeria’s economy. Lagos is important to us and that is why road construction is very critical for Lagos State. We have important roads in Lagos State. The Speaker of the House of Representatives, Rt. Hon. Femi Gbajabiamila has directed our committee to give Lagos special attention because of the importance of the state to the federation.

“We have to support the efforts Lagos State Government and Federal Government in making sure that Lagos has best roads so that people will not be stuck in traffic for four to five hours.

“We have to do what we can to make sure that Lagosians have the best roads. We will do our best to make that happens,” he promised.