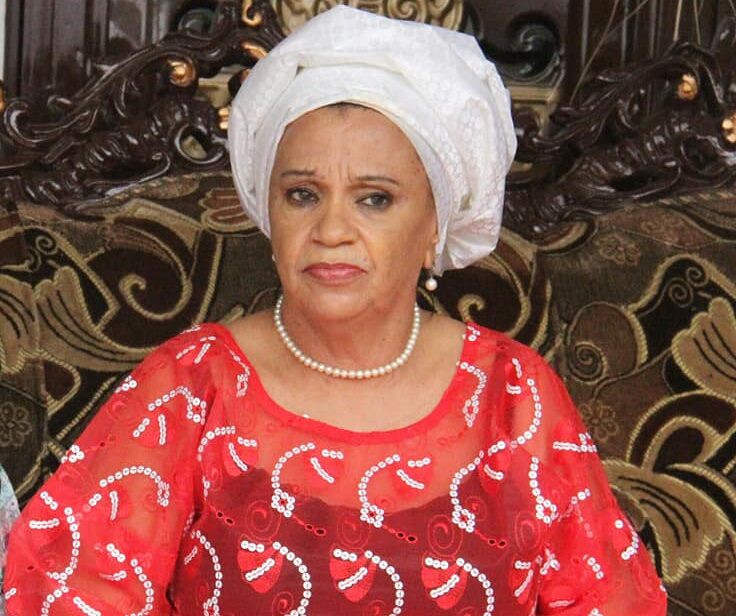 Adeniran-Ogunsanya, the daughter of prominent Ikorodu-born politician and associate of the late Nnamdi Azikiwe, Prince Adeniran Ogunsanya, died after a brief illness, on Tuesday, at 74.

She was the Secretary to the Lagos State Government (SSG) during the first term in office of former Governor Babatunde Fashola (SAN) between 2007 and 2011.

Governor Sanwo-Olu in a condolence message signed by his Chief Press Secretary, Mr. Gboyega Akosile, on Tuesday, praised the late Princess Adeniran-Ogunsanya’s contribution to governance, growth and development of Lagos State during her tenure as the scribe of the State.

The Governor who commended the late politician and businesswoman for her impactful roles in Lagos politics, especially in Ikorodu division, commiserated with leaders and the entire people of Ikorodu on the demise of their illustrious daughter.

“On behalf of the Government and people of Lagos State, I want to express my sincere and heartfelt sympathy to the family, friends and political associates of the late Secretary to the Lagos State Government (SSG), Princess Adenrele Adeniran-Ogunsanya.

“The death of Princess Adenrele Adeniran-Ogunsanya is a big loss to Lagos State. She made a lot of positive impact and contributions during her lifetime to the growth and development of Lagos State as SSG. She also made significant impact in Lagos politics when as member of the ruling party, especially in Ikorodu.

“I pray that God will grant Princess Adenrele Adeniran-Ogunsanya eternal rest and give the immediate family, friends, political associates and the people of Ikorodu the fortitude to bear the irreparable loss,” Governor Sanwo-Olu prayed.