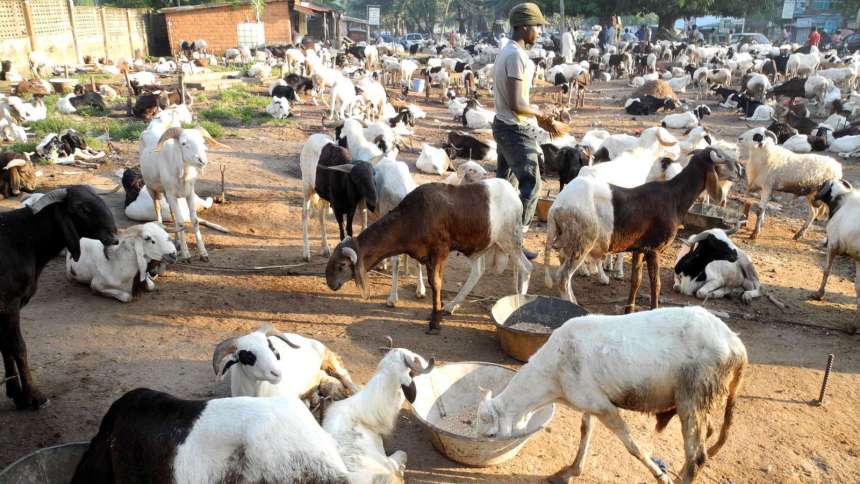 Islamic clerics in Omu-Aran, Kwara, on Wednesday warned Muslims to refrain from incurring unnecessary debts to buy ram for the Sallah celebration.

The clerics, who gave the warning in their separate interviews with News Agency of Nigeria (NAN) in Omu-Aran, said ram slaughtering, like Hajj (pilgrimage to Me cca), was for those with the financial wherewithal.

The clerics observed that such development oftentimes resulted in unwarranted frictions and quarrelling among concerned parties after the Sallah celebration.

Alhaji Sodiq Afolayan, the Chief Imam of Omu-Aran Central mosque, said it is not allowed in Islam to be extravagant as the religion forbids such ignoble act.

‘‘Muslims should not go the extra mile of borrowing money just to buy and slaughter rams for Eid-el-Kabir (Sallah) celebration.

‘‘Both acts of slaughtering rams and pilgrimage to the holy land are for genuine worship of God for those who have the financial capacity.

‘‘As we warm up for the Sallah celebration in few days’ time, Muslims are advised to spend within their limit not only on rams but in every daily activities,’’ he said.

‘‘Some Muslims are fond of buying unhealthy or infected rams for Sallah celebration just because of their low costs.

‘‘Buying rams for Sallah is not mandatory or compulsory if you don’t have the financial means.

‘‘So, buying unhealthy rams due to lower cost does not arise at all.

‘‘If you don’t have the opportunity this year certainly you might be in the best position at other times,’’ he said.

Alhaji Abdulrazak Aduagba, the Chief Imam of Rahamatul Adabiyyah Muslim Association, said buying of rams should not be at the expense of other compulsory household obligations.

‘‘Education of children, especially school fees, providing food for the family and other essential domestic obligations must not be affected as a good Muslim.

‘‘It’s better to spend the little you have wisely on pressing family needs than incurring unnecessary debt or borrowing to slaughter rams,’’ he said.

Aduagba, who quoted from the Quran said, ‘‘Allah does not place a burden heavier than any soul can bear on him or her.

‘‘We must distance ourselves from the culture of waste and wastage,’’ he said.

NAN reports that the slaughtering of rams signifies the end of Zul-Hijjah, (Pilgrimage to Mecca), those that are not privileged to embark on the journey are to kill their rams at home as a token. (NAN)