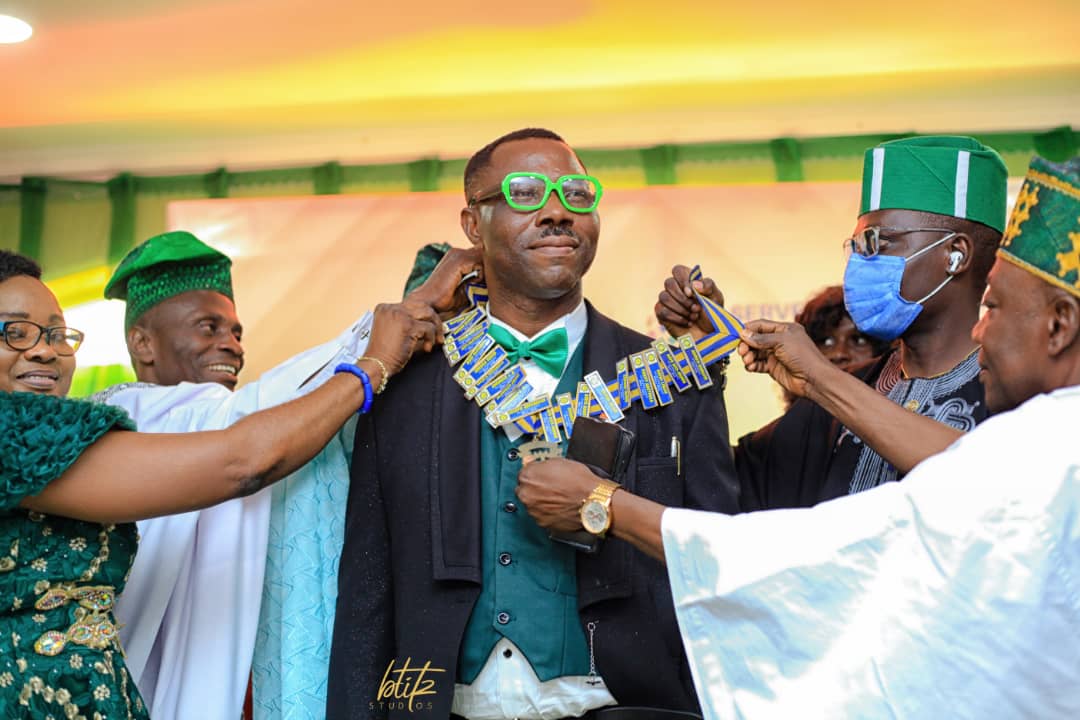 The Rotary Club Of Abeokuta Metropolitan, District 9110 has installed Rotarian Olatunji Ola-Davies, as its 20th President, to steer and direct its affairs for 2021/2022.

Ola-Davies, during his installation ceremony as the new President, held at Conference Hotel, Abeokuta, said he would remain upright and steadfast in order to consolidate with sustainable change making projects and programmes of the club, saying that it would add more values to the people and communities within the club jurisdiction. 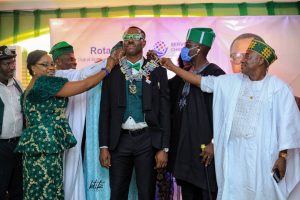 He said Rotary International seven areas of focus which includes; Basic Education and Literacy, Economic and Community Development, Sustaining the Environment, Peace Building and Conflict Prevention would be his priorities, noting that Youths Development/Empowerment, Health and Disease Control related projects would also not left out.

“Indeed, this is not a moment to display culture, wealth, or to tell the world that club members have money to spend, but to celebrate the number of lives their generous act of giving will affect positively, and we are ready to always showcase the act of supporting and humility any moment”, Ola-Davies said

He noted that Rotary Club of Abeokuta Metropolitan deemed it fit to recognize and twenty (20) outstanding business brands established over twenty years, saying that the club have contributed to the growth and development of Abeokuta and the State in general. 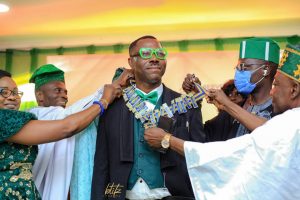 In his remarks, the 2020/2021 outgoing President, Rotarian Musibau Olawunmi, represented by one of the past President, Rotarian Ambali Ishola, a retired Permanent Secretary in the Civ Service implored the people to be a partner in progress by donating generously to the Change Maker President project, aimed at putting smiles to the faces of the less privileged in the society.

He said over the years, Rotary Club of Abeokuta Metro has grown in leaps and bounds in membership and projects execution to an enviable heights, noting that it has become a force to reckon with in the comity of Rotary Club with District 9110 and Rotary International.

Speaking during the Investiture Ceremony, the Co-Chairman of the event, Otunba Seni Adetu who was a former Managing Director of Guinness and Coca Cola and Currently the Chairman/CEO of Algorithm Media, admonished the new President to live behind him a legendary legacies of implemented projects and programmes that would directly affect the lives of people living within the Club’s Communities.

Also speaking, the District 9110 Governor, Remi Bello, represented by the Zonal Coordinator, Past Assistant Governor, Dr. Hassan Adelakun commended the club for blazing the trails in its programme activities as he encouraged individuals, group of individuals and other stakeholders to collaborate with the club and organisation like Rotary in making the world a better place and as part of their Corporate Social Responsibility (CSR) and service to humanity.

(OPINION) Abike @ 59: Celebrating an Epitome of Excellence with Human Kindness