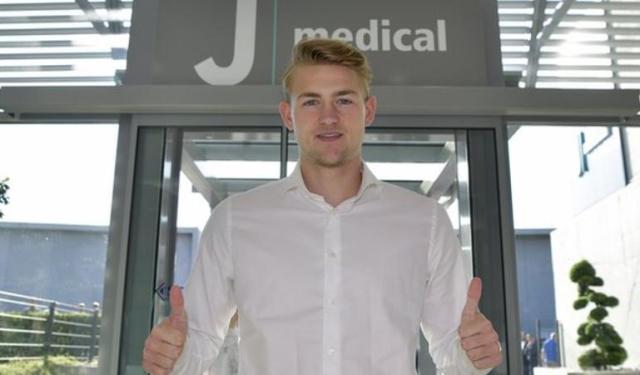 Matthijs de Ligt insists Cristiano Ronaldo did not influence his decision to join Juventus after sealing a £67.8 million move from Ajax.

The Serie A champions unveiled the much-sought after 19-year-old on Friday, with de Ligt claiming he had already made up his mind to join the club even before Ronaldo asked him about a potential move to the club.

The Dutch international said last month he had been asked by Portugal’s Ronaldo about linking up in Turin following their Nations League final encounter.

“After the final, I was already sure I wanted to join Juve,” De Ligt told reporters in his first press conference as a Juve player.

READ ALSO:  I went into kidnapping after my father abandoned us for another woman – Suspect

“It was a big compliment to have Ronaldo ask me to join, but it didn’t make the difference.

“I came here (Juventus) because Italy is one of the most traditional countries for defenders, and the club is a great step forward for me.

De Ligt, who captained his former club in their thrilling run to the Champions League semi-finals last season, said he had always admired the Italian art of defending, and even had a Juventus shirt with Fabio Cannavaro on the back when he was younger.

“The photo of me in a Juventus shirt was taken when I was about six or seven, at that time Fabio Cannavaro was a defender that I admired,” De Ligt added.

“I always had a good feeling about Juventus and I’ve always been a fan.”