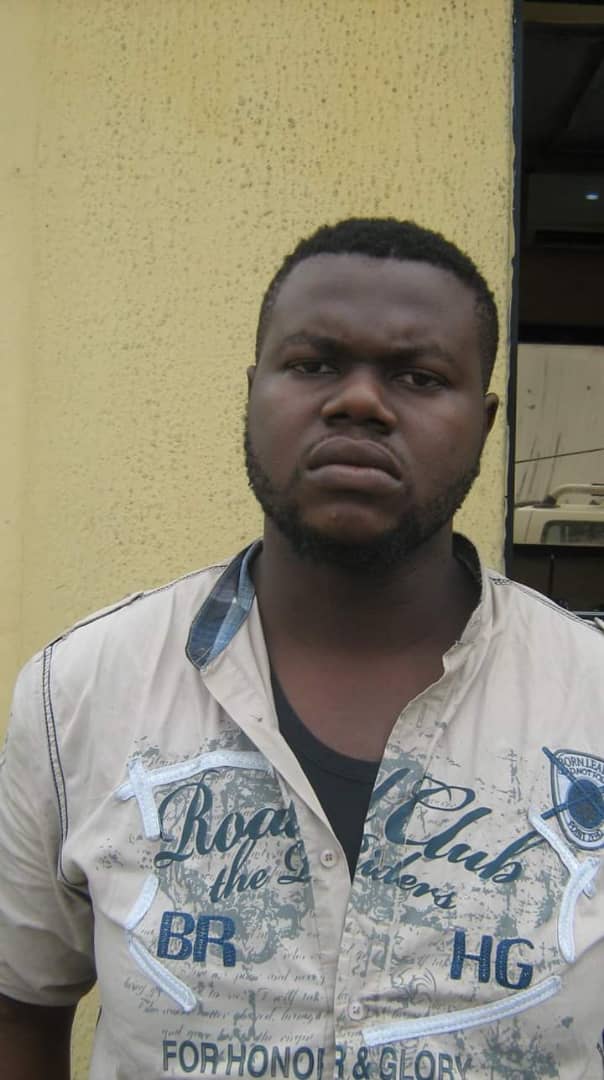 Share
Joy Anyim
Justice Omotosho of the Federal High Court sitting, in Port Harcourt,  Rivers State, has convicted and sentenced one Onuoha Akachuku (alias Joe Dickson), to three months imprisonment for defrauding an American woman, Maria Jose Alvarez, the sum of $5,260,  in a failed online romance deal.
Akachuku was arraigned by the Economic and Financial Crimes Commission (EFCC), Port Harcourt’s Zonal Office, on a seven-count charge bordering on conspiracy and obtaining money by false pretense.
Investigation revealed that he had created a facebook account with the name Joe Dickson, lied to be an American engineer and lured white  women with the promise of marriage.
He, however, met his waterloo after he had defrauded Alvarez of $5,260 after promising to marry her.
Related Posts

While arraigned in court, one of the counts read: “That you Onuoha Akachukwu (alias Joe Dickson) sometimes between 2015 and 2016, at Port Harcourt, Rivers State, within the jurisdiction of this Honourable court, with intent to defraud, did obtain the sum $2,370, from one Maria Jose Alvarez (an American) Via Money Gram which  you transferred into your account number 3071174186 domiciled with First Bank Plc, under the pretence that you are Joe Dickson an American Engineer based in the United Kingdom willing to marry her. A pretext which  you knew to be false, and thereby committed an offence contrary to Section 1 (1) (a) of the Advance Fee Fraud and Other Fraud Related Offences Act, 2006 and punishable under Section 1 (3) of the same Act”.
He pleaded “not guilty” to the charges preferred against him, thus necessitating his trial. The trial progressed and the prosecution counsel, R.E. Alao called three witnesses to establish the case.
It was later gathered that Akachuku had however applied for a plea bargain and changed his plea to “guilty” and the bargain was adopted by both the prosecution and defence counsels.
Justice Omotosho had convicted him accordingly and sentenced him to three months imprisonment and a fine of N200,000. The convict also made restitution with the sum of $2,000 to his victim.