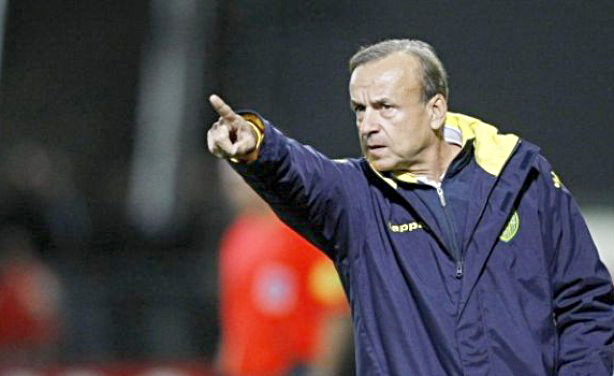 Head coach of Nigeria’s Super Eagles, Gernot Rohr, could become the next handler of the Democratic Republic of Congo (DRC) going by a report.

According to Congo Profond, Rohr is the favourite to replace Florent Ibenge who quit after five years in the role.

It was claimed that the president of FECOFA, Constant Omari, has opened a line of communication with the German.

Rohr’s future as Nigeria coach is hanging in the balance, after they failed to win the Africa Cup of Nations.

This is even after NFF president, Amaju Pinnick, promised to send him on an internship course with Bundesliga champions, Bayern Munich.

“Gernot Rohr will remain in the job. I have complete confidence in him.

“Gernot has taken us to the semi-final, the target we set for him. Right now, we have a third-place match to play for and we intend to have our team leave Egypt with honour.

“There are some people that have been calling on me and the federation to sack Gernot. But I am not going to do that. In fact, Gernot is going on a refresher training period with Bayern Munich after the Nations Cup. We have a long-term plan with him.

“We have had rocky and difficult moments in our relationship, but this is normal in any relationship between two people.

“He is a good coach and we want him to remain with us. That said, we will work together on what needs to be improved upon,” Pinnick said at the time.