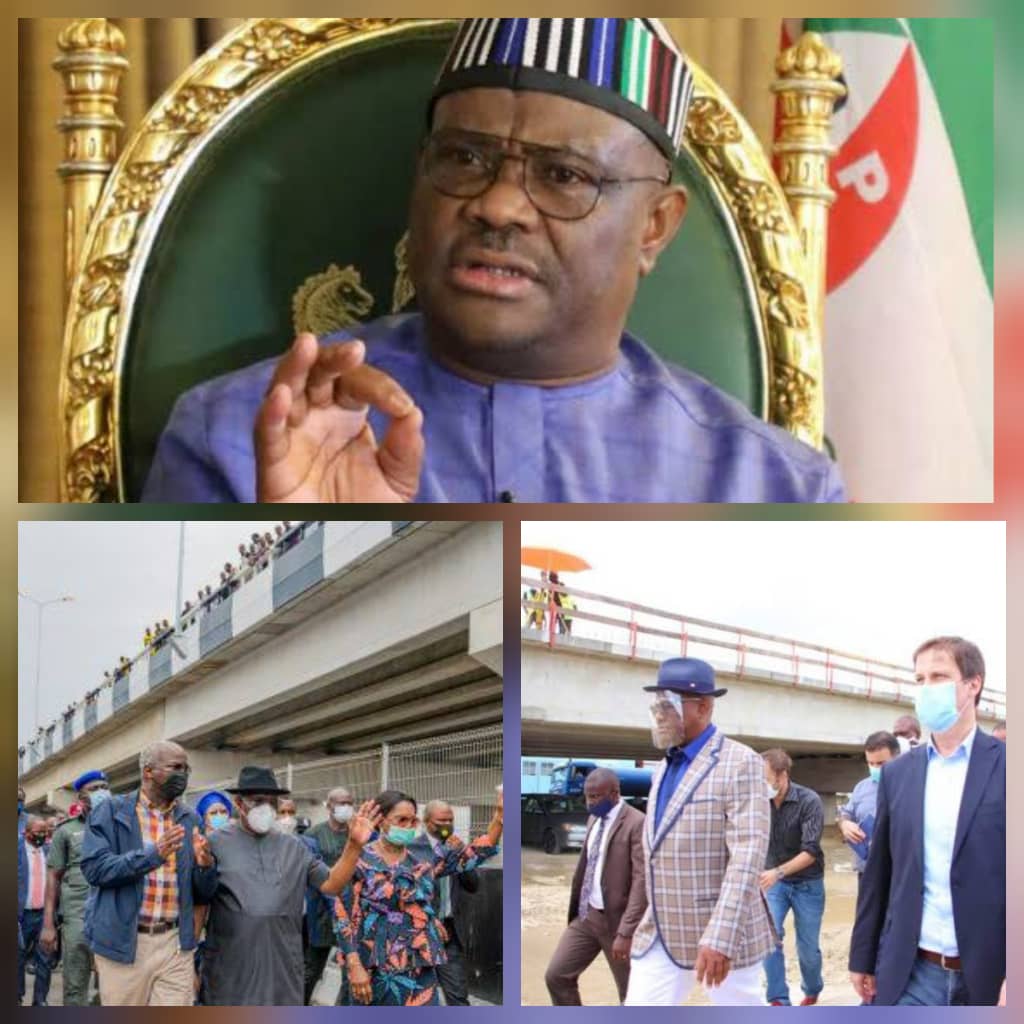 Having ruminated extensively on the politics of drunken revelry adopted by the government of Rivers State under the People’s Democratic Party (PDP) and Governor Nyesom Wike, to steer the ship of state, it is only fair to settle that the state is obviously headed to the woods, and those on whom society has shouldered the responsibility to sound off for justice have suddenly lost their voices to the biggish slips of deceptive press statements, laced with labyrinth of ambiguous verbosity, nay, convoluted circumlocutions and handsome kickbacks.

Governance in Rivers, under the current dull-witted bunch of sycophants, is generally rated below amateur, yet the elites seem to have been hounded into compulsory silence and the Lawmakers appear to have retreated to slumberland, leaving the people they claim to represent to languish in a pitiable state of perpetual squalor without a hint of remorse.

Indeed, Rivers, the Treasure Base of the Nation is laboriously gasping for breath, corruption is heavily sitting on her neck and is fast conquering her seat of power. Like Joe Biden said, “fighting corruption is not just good governance, it’s self-defense. It’s patriotism”, people of goodwill and patriots must come together, take responsibility and respond with that timeless creed that sums up the spirit of a people. The goal is to restore the dignity and worth of our dear state and strive to see the dividends of good governance trickle down to our people at the grassroots.

“It comes from ending corruption. It comes from a populace that can go online and say, ‘this politician is corrupt, this administrator, or this public official is corrupt”.

Rivers people must harness the tool of free speech to demand accountability. Stewardship of economic resources is the business of government and where this is lacking, citizens to whom power belongs, must rise to the occasion; it is a right.

Enduring the incessant crude rattle of Gov. Nyesom Wike and his band of servile self-seeking flatterers in the media space, over the construction of flyover bridges around Port Harcourt   metropolis may force one to go nut.

The very fact that the only project the administration can pride in as landmark achievement six years into its lifespan, is the construction of overhead bridges, is grossly embarrassing to the status of the state and amounts to a serious affront to the collective dignity and sensibility of her lettered populace and thus, should be a source of serious concern to the enlightened minds and people of conscience in general.

While Rivers gets over N15 billion monthly allocation from FG and generates N150 – N160 billion in IGR, Ebonyi receives around N4 billion monthly and recently managed to shore up its IGR to around N10 billion. With the very meager resources, Gov. Dave Umahi is building sixteen overhead bridges in Ebonyi, coupled with other laudable feats, yet not much noise is made about his accomplishments.

Simply put, the purport of Governor Wike glorying in flyovers in the 21st century is systematically putting the state on the reverse gear into the Stone Age.

If the Governor of Rivers State would pollute the media space vainly gasconding over flyovers, one wonders what the Governor of Ebonyi state would do. Maybe Gov. Umahi would be right to shut down the global media for constructing sixteen flyovers alongside other laudable people-oriented projects including the biggest shopping mall in Africa, an international airport e.t.c. in his domain.

Let it be categorically stated here, and for the records too, that under Gov. Wike, education in Rivers State is flat on its back, beaten into a prostrate position which has made those that knew the standard that existed during the Amaechi years, to shake their heads in sorrow.

Education has taken flight from Port Harcourt, the once Book Capital of the World. How the mighty has fallen.

Public health institutions have failed. Citizens no longer have access to health care services, yet billions of taxpayers’ money is voted into the sector in the annual budget which always is shrouded in secrecy.

The business environment is utterly polluted so much so that enterprises no longer thrive. Companies are pulling out of the state in large numbers and citizens are retrenched in thousands on a daily, heightening the already scary unemployment statistics.

Job seekers have been scammed the fourth time under the current regime through fake job advertisements which turned out to be strategies employed by Wike, to divert public attention from the several wastes he has committed.

Although the Governor has no plan for agriculture, billions have been shared out by his cronies and relatives, from the bogus agric loan schemes that never got to the poor farmers.

What could be worse than a government that hoarded Federal Government Covid-19 palliatives meant for the poor of society, only to share the same to party members during Christmas.

It is a glaring error that nothing is more savory and sweetening to the soul of Gov. Wike and his government than subjecting plebs to a state of perpetual squalor, hopelessness and melancholy thus, every step by the Federal Government, NGOs and good spirited individuals to offer succor and exalt the status of the people is always almost stocked in limbo. That is an embarrassing devilry.

Despite being one of the highest monthly FG allocation earners, and in fact, the second biggest IGR generating state, Rivers under Wike has steadily maintained first position in the unemployment index according to the National Bureau of Statistics, yet the Governor prides in flyovers.

It has been an obvious circus of disappointment for the public since 2015 and the electorates whose consciousness has been awoken can no longer wait for Wike to exit and give way for some reasonable, enlightened specie of thoroughbreds to man the ship of state and navigate it to the Promised Land.

While Akwa Ibom, Ebonyi and others are carefully building the economy, attracting local and foreign investors and opening economic windows for their own people, Wike, who could be said to be reeling in stack ignorance, is busy talking trash. To him, he is talking tough.

In Akwa Ibom State, Gov. Udom Emmanuel-led government, aside from building an international airport which is currently in progress, has acquired seven planes worth over trillions of Naira for Ibom Air, a state-owned airline business.

The same government is building a new city as a response to the massive influx of people to Uyo; a new  deep Seaport and several industries to address the challenge of unemployment and by extension, insecurity.

Governors Dave Umahi and Udom Emmanuel are playing-down talking and concentrating more on service delivery to meet the needs of their people.

Bastardising the media space over ten flyovers yet to be delivered and termed “signature projects” is scandalous and offends public morality in the 21st century.

A governor who thinks talking tough without acting tough and smart enough is boldness, must be suffering from a serious reasoning impairment.

Enough of the brawl over flyovers. Please consult widely, create jobs, woo investors, engage the youths, pay pensioners, build industries, give attention to agriculture, expand investment in education, give a little thought to the health sector, fulfill your job promises and fear God. He that hath ears let him hear.

Eze Chukwuemeja Eze is a Media Consultant based in Port Harcourt and can be reached through ezemeduaconceot2020@gmail.com

(FROM THE INSIDE) JOE IGBOKWE: WHEN IT’S A CRIME TO LOVE BUHARI, NIGERIA AND IGBO…