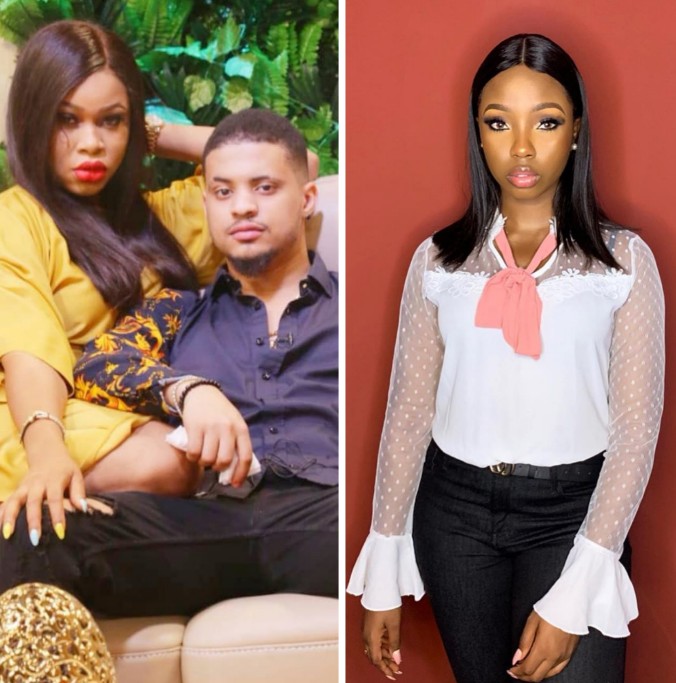 There was drama and shock on Wednesday night as Rico Swavey and Princess revealed surprising details of their pre-bbnaija relationship.

In the latest episode of the BBNaija double Wahala reload and reunion show, the duo told fellow ex-housemates that they had a romantic relationship prior to being on the show.

Rico also said that he had worked with BamBam before BBNaija.

News Agency of Nigeria (NAN) reports that the trio, were competitors in the season 3 of the reality show tagged Double Wahala and fans assumed they were total strangers prior to the show.

While in the house, the trio never hinted of any signed of ever knowing each other especially with Rico paired with Ahneeka, BamBam with Teddy A and Princess with Bitto.

Rico Swavey, however, bursted the bubble when he revealed that he and Princess had a romantic relationship while he had worked with BamBam before the show which left fans and fellow ex-housemates shocked.

The drama began when host Ebuka Obi-Uchendu asked Rico and Princess if they had dated in the past. Rico flashed a smile and replied “ladies first” drawing affirmation from Princess.

Ebuka went on to jokingly ask both of them if they had any babies fans should know of saying, “We are just going to say you both dated.”

Rico also addressed his past relationship with BamBam saying, “I got paired with BamBam. Before the show, me and BamBam already had sort of a relationship but based on professional terms.”

Fans went on social media to express their shock at the housemates’ relationship with each other before the shock especially for Rico and Princess.

@Cegarshally wrote, “#DoubleWahalaReloaded Anyone else find it weird that almost all the housemates knew themselves even before the game? #bbnaija #bbnaijareunion”

@Zezollee said, “So Rico and Princess dated in the past . Mehn see the look on the ex housemate’s face. #BBNaijaDoubleWahalaReloaded”

@Bankydot said, “Rico and Princess, nobody saw that, even Bambam opened mouth.”