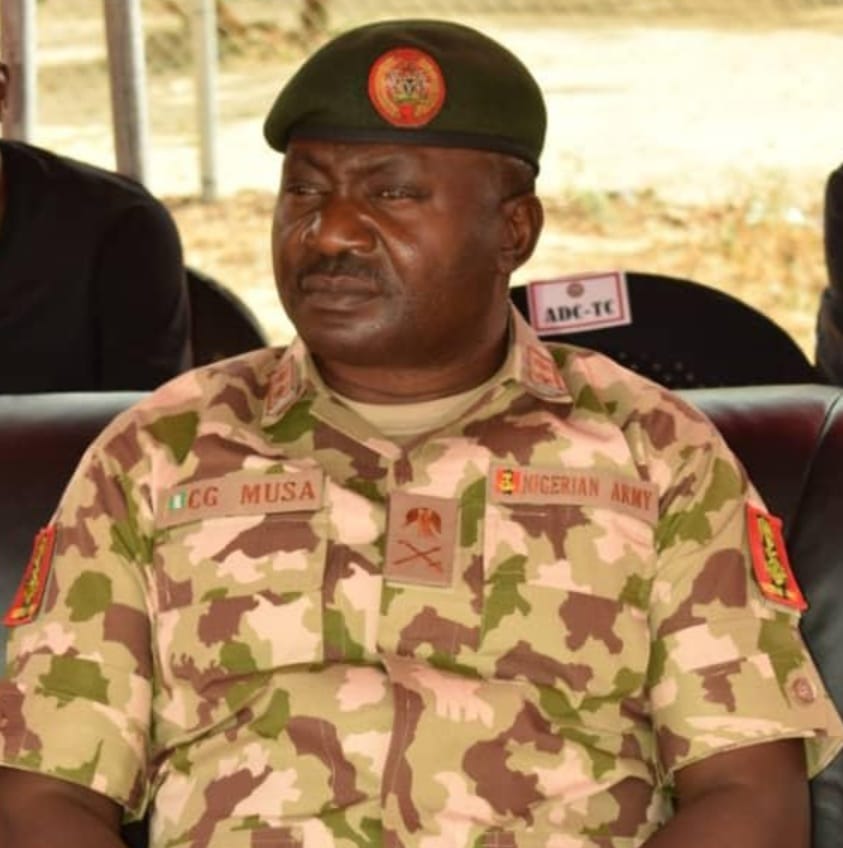 The Nigerian Army has raised the alarm that many repentant Boko Haram fighters were backsliding and subverting the war against the insurgency and banditry.

Also, the Federal Government has expressed worry over the activities of terrorists, bandits and other non-state actors using the country’s non-commercial radio frequency spectrum without licence and payment of appropriate fees.

Miffed by the increasing activities of terrorists in the sub-region, the Economic Community of West African States (ECOWAS) said the worsening insecurity could undermine regional integration and stability.

It was also learnt that foreign donors were sustaining the Islamic State of West Africa Province (ISWAP).

Gen. Musa disclosed that 20,000 insurgents have laid down arms in the Northeast. The Commander, who spoke on the sidelines of the Chief of Army Staff Conference in Abuja, said the new challenge is what to do with the repented terrorists.

Said he,  “We have over 20,000 combatants and their families surrendered. This tells you there is something we are doing right. What we do with them after surrendering is our next focus. The expectation is that after all have surrendered, then, everything will fizzle out. But, that is not the case.

“Frankly speaking, for us, this is a good development.

“A lot of people have been thinking and also expressing mixed feelings, if at all the news is true. Of course, there are some insurgents who truly wish to surrender, but we cannot jettison the fact that some of them do have ulterior motives.

“Like I said, to us, this is good and if we follow it through in the right way, then, we may begin to see the end of this insurgency sooner than we actually think.”

Gen. Musa explained why the terror group has remained lethal after the death of its leader, Abubakar Shekau.

He continued, “Before Shekau died, they (Boko Haram fighters) pledged allegiance to the Islamic State in the West African Province ISWAP and ISWAP gets its funding from foreign donors. It is the lust for these monies that have further emboldened them. This is why they overran Shekau. These people who are enemies of the nation, who do not want peace in Nigeria are the same people pushing ISWAP too. It has nothing to do with religion or any form of ideology, but purely driven by the quest for money.

The Theatre Commander dismissed the insinuation that the Nigerian military has been outstretched in the course of fighting the insurgents.

He continued, “No group can outstretch the Armed Forces of Nigeria. What people need to understand is, we in the military can easily be identified because we put on uniforms. These guys go on mufti and we cannot just go into a community and start killing everybody. If we have to do this, then, this fight would have ended since.

Court quashes N2b suit against SaharaReporters, others over alleged…

“But, what about the collateral damage on the part of innocent civilians? If we have to shoot, then, we must target the real trouble makers and not just anyone. This is the problem. They mingle among civilians. This is why it has become so difficult. If it is conventional warfare, we would have finished them a long time ago.”

According to him,  “We are aware that some organisations and institutions that are non-commercial users are making use of the radio frequency illegally, but what baffles government the most is that terrorist groups also use the radio frequency spectrum illegally and they obtain it from online stores.

Ghanaian Foreign Affairs Minister and Chairperson of ECOWAS Mediation and Security Council, Shirley Ayokor Botchwey, who spoke at the opening of the 47th ordinary session, in Abuja, lamented the threat by the terrorists.

Her words, “Speaking on the backdrop of continual threat to our region, which could undermine integration agenda and regional stability.

“Attacks by terrorist and violent extremist groups are increasing across the region, leaving no member state spared as a potential targets.

“In addition to this already difficult situation, is the military takeover in Guinea, after the one in Mali, weakening our community.

“Distinguished ladies and gentlemen of the council, the deteriorating security environment in the region is of grave concern from the Sahel region through the Lake Chad basing and beyond.

“Attacks from terrorists and violent extremists have moved with banditry kidnapping, Farmer herder dynamics and transnational organised crime leaving a trail of death and destruction.

“Indeed, the terrorist groups are currently testing border defenses of coastal nations, intending to extend their reach to the member states along the Gulf of Guinea.”

She also expressed the Commission’s worries over military gradual incursion in governance, saying it is a challenge to the community.

Botchway added that, “The military coups in the Republic of Mali and Guinea, remain a challenge to us. The Authority has held several extraordinary summits to address this matter. We will examine progress in these two countries.”

The Nigerian Xpress also reported that the Nigerian Army has said that it had not and would not enlist former or repentant Boko Haram/Islamic State West Africa Province terrorists into the service.

The Director, Army Public Relations, Brig.-Gen. Onyema Nwachukwu, made the clarification in a statement on Tuesday in Abuja.

Nwachukwu said an online video circulating in the social media by one Young Elder and produced by Anthony Jay attempted to relate the collapse of the Afghan military to the ongoing surrender by the Boko Haram/ISWAP terrorists in Nigeria.

Court quashes N2b suit against SaharaReporters, others over alleged defamation of…