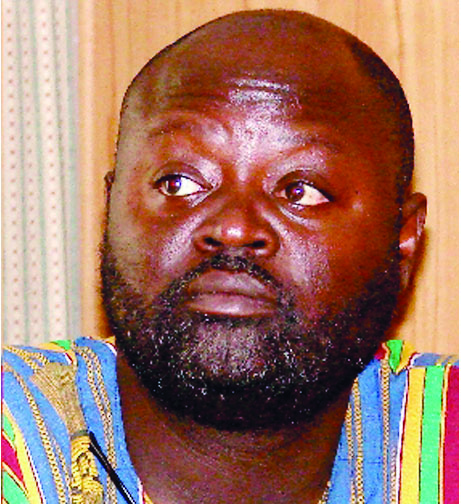 On May 25th, 2009, Dr. Tajudeen Abdulraheem, one of the greatest thinkers, activists, Pan-African leaders and scholars of our generation died in a car accident in Nairobi, Kenya. Taju was a dear brother and friend. One of his most enduring legacies was his deep commitment to the Pan-African vision. As we celebrate May 25th, Africa Day, closely followed by May 27th Children’s Day, I would like to remember the late Tajudeen. This is the tribute I wrote on his passing ten years ago.

My dear Taju, it has been a week now since you left us so suddenly. A week since a group of shocked comrades of yours from around the world accompanied you in person and in spirit on the long journey home to Funtua. On Monday, May 25th, I was scheduled to catch a flight back to Accra from Lagos. I could not sleep most of the night; I kept tossing and turning. I finally dozed off at about 3.30am and woke up when my alarm buzzed at 5.00am. I put my inability to sleep down to the fact that I was anxious about having to wake up very early. Kayode had to set out early too because he had a meeting in Ekiti that morning. I was getting dressed when my phone rang. It was Funmi Olonisakin, calling from Geneva. She told me she had just heard very disturbing news from Nairobi. Then she told me what she had heard. All I remember saying to her was, ‘I will call you back’. I called Nairobi, and it was confirmed. You were gone. Just like that. When Kayode came out of the bathroom, he found me crying and saying your name over and over again.

The following morning, we went to the airport to await your arrival. For once, Ethiopian Airlines was on time. We met Bayo Olukoshi and Adhiambo Odaga at Arrivals. Odia Ofeimum and Lolade Bamidele joined us shortly after. And then Irungu Houghton, Thomas Deve and Wole, who had accompanied you from Nairobi appeared. Soon after, we were asked to proceed to the tarmac. And then you were brought out to us. After all the years of struggling for a better country and continent, the contestations, the battles, you were brought back to the land of your birth in a coffin before your time. They unscrewed and lifted the lid of the coffin, but it was sealed. We could not see your face, and even though we would have loved to, we knew it was better left like that since you still had a long way to travel.

We all proceeded to the local airport to catch the flight to Abuja. By this time, Mounira, Aida and Aisha had arrived from London. They had been met by the wonderful sisters, Amina Salihu and Charmaine Perreira as well as your CDD family in Abuja. There were so many old friends and comrades waiting – Chidi Odinkalu, Julius Ihonvbere, Lukman Salihu, Limota Goroso, the Ajibewas, too many to remember. There was a long convoy of cars, waiting to accompany you on your final journey. The flight from Lagos to Abuja was almost an hour late. When you arrived, there was no time to hold brief prayers at the airport, as had been planned; the cars were arranged and we started the journey to Funtua in Katsina State.

We arrived Funtua about 5pm in the evening. More friends were waiting there, including Amina Mohammed. As you were being carried into the family compound, we could hear a pin drop. There must have been hundreds of people gathered in the compound, yet there was silence. It is a terrible thing to take the body of a promising young man or woman back to their people to bury. You were carried in for Mounira and the girls to say their goodbyes and for you to be prepared for your final resting place. After a while, they brought you out and it was time for you to leave. You had been taken out of the coffin and placed on a bamboo stretcher. And that was the last I saw of you.

Taju, my brother, dear friend, colleague, comrade, mentor, ally, how could you leave us like that? Kayode said that during the first twenty four hours of your passing, he played back the over twenty years he had known you. It is hard to imagine a time we have never known you Taju. Right from our days in the late eighties in London when we first met, throughout the years, across continents, through thick and thin, through involuntary exile, through good times and bad. Through the days of setting up the New Nigeria Forum and waging war on military dictatorship in Nigeria. You always used to tease me about how I almost gave birth to Folajimi, protesting in front of the Nigerian High Commission in London. Through our days of publishing Nigeria Now, which used to be produced literally in our kitchen in Berwick Tower, London. Kayode and Olu Oguibe would do the typing and typesetting on our Amstrad 9512 computer in the bedroom, and we would photocopy in the kitchen because that was the only space we could find for the large, third hand photocopier in the tiny flat.

At the Accra memorial that was held in your honour on Friday May 30th, I cried when I saw Napo, holding copies of ‘Africa World Review’ that the Africa Research and Information Bureau (ARIB) which you co-founded used to publish. We all knew what Africa World Review meant to you. Those seemed to be the days of selfless service and commitment to political and social movements, at great personal sacrifice, before the current decadence of the ‘per diem’ culture and the ‘Non Governmental Individual’ set in.

READ ALSO:How to make her bring out boobs willingly for your pleasure

I remember when you were graduating from Oxford after finishing your PhD. Most of us had never witnessed an Oxford graduation ceremony before, and we giggled at the proceedings, which were conducted entirely in Latin. We had fits at the sight of you all dressed up in a gown and suit, bowing and going out and coming back in to bow again, as the ancient ritual required. Taju, we were so proud of you, as you took your place amongst the rest of the Oyinbos, who were also bowing and moving around.

When you started organising for the 7th Pan African Congress in 1992-1994, because of your leadership, many of us got involved. Even when some of us got tired of attending meeting after meeting, listening to the same old grandstanders and ego trippers, you would grin and say ‘you can’t leave it to others, have your say’. Your constant refrain, ‘Don’t agonise, organise’, will always be with us. When Akina Mama wa Afrika (AMwA), decided to open up an Africa regional office in Kampala, Uganda in 1996, I was thankful that you were living in Kampala and you could watch out for me. Of the many things we had in common, our mutual love of dance and very hot pepper featured high on the list. You have to concede I was a better dancer, as for the hot pepper, you were my senior. I know many people in Nigeria did not know who you were. You never ran for office, never ran a bank and never starred in a film. Those are the people who make headlines these days. People like us are called ‘Activists’ with the tone of voice that makes it sound like a dreadful disease. I know you would have hated it, but if the Ugandans and Rwandese had been given the opportunity, you probably would have been given a state funeral in those countries. How many more heroes like you do we have to bring back home to bury in their prime?

Over and over again we have been asking ourselves the question, ‘Why has Tajudeen died, and why are these corrupt, shameless vultures still alive?’ We know it is not our place to question Almighty Allah. Every person has their own time. However, we are only human, hence our rage and deep pain at such unfairness. I keep saying to myself, – there has to be a reason Taju passed away on May 25th, Africa Day, or Africa Liberation Day, as you insisted on calling it. I strongly believe that even at the moment of your death, you were passing on a powerful message to those of us you were leaving behind. You were telling us no matter how hard it gets, this continent is ours and we have to fight for it. You were telling us not to give up. You were saying ‘A luta continua’. Even in our deep despair and anguish, we hear you Taju. The struggle will indeed continue. Even though many of the leaders we are dealing with can’t spell Pan-Africanism let alone understand its vision, we will keep pushing. In your passing away, as you did in life, you have brought together a vast array of friends, comrades, family members and institutions spanning many countries on all the continents of the world. We are all currently thinking through ways of sustaining your powerful political legacy for generations to come.

Kayode and I will never be far from Mounira and the girls. Insha Allah, your girls will have many more mothers and fathers than they bargained for, and we will all do our best to ensure that they grow up to be the strong, competent women you encouraged those of us, your sisters, to be. Rest in peace, Tajudeen. I will miss you forever. A luta continua, my dear brother.

Signs your husband is sleeping with your maid

First Photos of Yusuf Buhari’s and wife, Zahra as Osinbajo, other VIPs arrive