Rebirth of Princess Osifo at 40 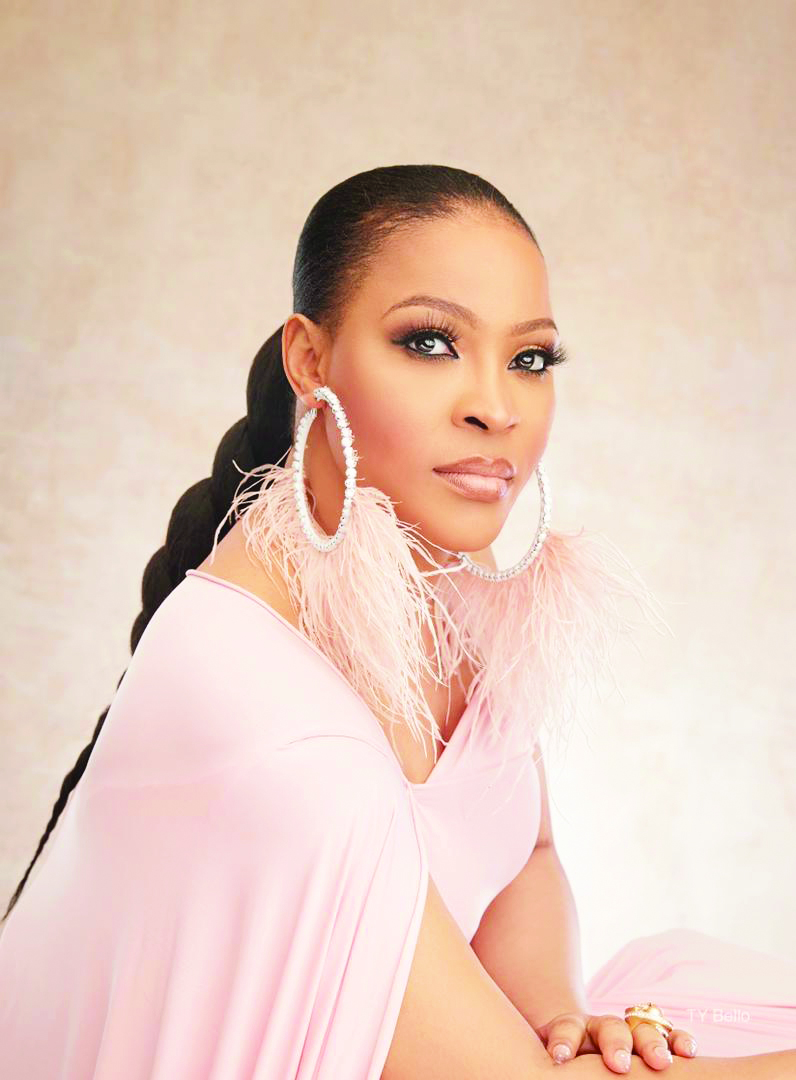 By Stanley NkwazemaTo some people, age is just a number and certain age dates in life mean so much to them. Indeed, some start early and end it late while some have numbers attached to dates, not by their might nor power, but by special grace. They spring up when it is their time, despite the vicissitudes of life.

Recently the Founder of Princess Foundation & Helping Hands Home and JENIKS Group (Oil and Gas), Princess Joy Osifo marked her 40th birthday. Though on a low key, organized by her very wonderful and caring friends who felt she needed to thank God for His mercies and protection. They surprised her with a shindig that was worth all the wait to reach that milestone of an age. She was so surprised that she shed tears, pleasantly surprised that there are still so many very kind people who still think well of her.

Since 2015, it would appear, she had stayed away from social gatherings. Not even her birthday could pull her out of her cocoon, where she has been cooking so many things and fighting many battles. She was trying so hard and indeed, she got closer than close to her faith and clung to it.

“The restoration God has given me, in 2021, has been worth more than what I have ever worked for in life”, she insists.

A  billionaire entrepreneur who had hitherto treated Africa with serious suspicion and never wanted to have anything to do with Nigeria suddenly agreed to partner with this woman of solid faith and disciplined upbringing. The deal is worth more than the annual appropriation of several Nigerian states put together. And suddenly, the financial institutions which, before now, never wanted to hear anything about the company are all scrambling to provide the much-needed guarantee to back the business. That is one of the many good things that have been happening to this lady who lives a very modest but prayerful life.

Although she rarely talks much about her lovely parents whom she adores because they were able to imbue in her, the much-needed discipline to live a good life. They were not only religious but what people today refer to as prophets. She thought her parents, particularly the father,  were wicked. For the dad insisted she and her siblings, as a matter of rule, must be home by 4:00 pm each time they were privileged to step out of their house.

She has now realised the good they did by insisting she followed their instructions. “My mum died in 2012, my dad is still alive. I thank God that used them to mould a God-fearing and deeply spiritual character out of me”.

A lawyer by training later turned banker; rose to a managerial position in two Nigerian banks in Abuja and Port Harcourt.Princess Osifo was mentored and tutored by one of the best top bankers ever produced in Nigeria known for his intelligence and strict adherence to the rules of the games.The usual envy that follows high performers especially when they are female kicked and all became the order of the day, with her and some of her colleagues being tagged with negativity by petty minds.This hastened her exit from the banking industry to where God destined for her – global elevation and excellence.She set up JENIKS Oil and Gas firm. By dint of hard work and God’s providence, Osifo did not waste time finding not just her feet but thriving in a sector thought to be the preserve of men.Since she had a checklist of governments and agencies, she was marketing while in the bank, fortune again smiled at this daughter of Zion.

From previously marketing customers for deposits, she is now being ‘chased’ by both male and female bankers for her juicy accounts. “I am not going to abandon those who so much believed in me despite my victimization.”This beautiful lady has bounced back big in the oil and gas business, though quietly.She has learnt her lessons after the troubles that practically ‘benched’ her in the last six years. Many attribute her resilience, doggedness and never-giving-up character to many factors. Those she calls brothers and sisters are not necessarily biological, but the inner circle believes that she is a special breed, created to excel.She may not want to mention names, but she daily consults only the supreme being whom she flaunts in all she does. Prayerful to a fault, this lady cannot do anything without asking her father, not her biological father (”because he just sired me and helped to bring me to this world”). Apart from Elder David, her loving Dad…The father she calls all the time is the Almighty Jehovah. She could be discussing with you and suddenly keeps mum. She comes back to the topic refreshed after apologizing that she needed guidance to push.What is happening to her now, is such a thing to be proud of as some state governments have not attracted such investments to their people. Yet she will easily tell you that the life she lives was not chosen by herself, but by God.Her late mum, Deaconess Elizabeth, she will readily tell anyone was her foundation of love for God, the secret of Princess Osifo’s success.Many who felt she could have been in their social circle jumping from one party to the other with glee and living ‘the life’ wanted to rubbish her person. Tagging her as snobbish and a recluse, they never knew they are deepening the life and would not cause her to change her way of life. She will easily tell you that you don’t just learn how to use your left hand at old age when you were born righthanded.The Rebirth of Princess Osifo certainly is here and with a bang.The gas sector and hospitality industry will soon be unveiling her footprints. This lady of substance has been through so much and learnt so much, and one can be assured that if she is doing anything; she wouldn’t be doing it just for doing sake, but it will of global impact on humanity.
Again, she is also not in a hurry to gain new friends or those who are easily referred to as fair-weather. With what we hear about this lady, you will still be pondering how she got back bigger and better than imagined. For people have been wondering and cannot fix exactly what she is cooking or what has become of her. Don’t eat your hearts out yet, you will be in suspense. And as the saying goes… life begins at 40. So is the Rebirth of this Princess Royal.

My passion for real estate –Ibukun Adebayo-Adedayo is the Chief Executive Officer (CEO) of Rock Realty Limited and Today’s Bukka.