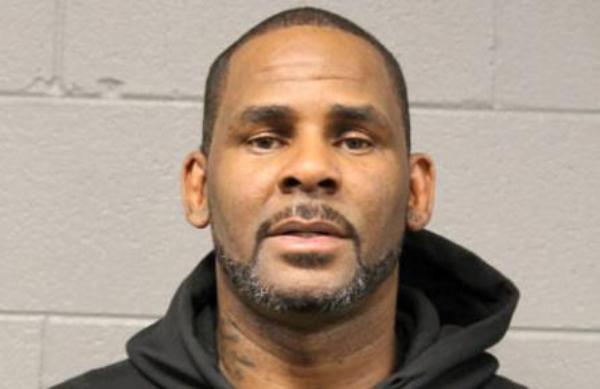 R. Kelly’s first trial is underway, two years after the singer was arrested on a slew of sex trafficking and racketeering charges in three different states.

The 54-year-old is facing three trials – one each in New York, Chicago and Minnesota. The first is in New York and it began on Monday morning with jury selection. Opening statements are scheduled for August 18.

Kelly has been charged in New York with racketeering for running an alleged criminal enterprise that involved him paying people in his entourage to help him abuse women and girls.

He has been charged in Illinois and Minnesota with sexual crimes but because the New York trial is happening in federal court, it takes precedence.

Three of the jurors who were questioned on Monday told the judge they had changed their mind over the last month on whether or not they could presume he was innocent.

Last week, Kelly’s attorney told the judge that he needed a new suit because he has gained so much weight in jail that his clothes no longer fit him.

And he asked that court transcripts be provided at no cost because Kelly has been unable to work for two years, saying: ‘His funds are depleted.’

He hasn’t been seen by the public since 2019, when he was last appeared in person in state court, before being moved to New York. COVID-19 set the trial back and Kelly also delayed it when he fired his attorneys.

Kelly has pleaded not guilty to all of the charges.

Several of Kelly’s accusers are expected to testify. They will be referred to only using their first names.

The New York trial jury will also hear how he bribed a government worker in the 1990s to give Aaliyah a fake ID that would allow the pair to get married.

The pair were in a romantic relationship and he had impregnated her, according to the prosecution. He wanted to marry her so that she would not be compelled to testify against him.

‘As a result, in an effort to shield himself from criminal charges related to his illegal sexual relationship with Jane Doe #1, Kelly arranged to secretly marry her to prevent her from being compelled to testify against him in the future,’ the papers say.

Aaliyah died in a plane crash in 2001. The pair were only married for a year, between 1994 and 1995, before the marriage was annulled. She never discussed it publicly.

Allegations of illegal relationships with underage girls have long plagued the singer but it wasn’t until a 2019 documentary, Surviving R. Kelly, that the tide turned against him.

Multiple survivors – including his ex-wife – participated in the documentary.

His defense is that all of the women had sex with him willingly and were groupies.

His attorneys have argued that they only turned on him in the #MeToo era and that before then, they were happy to have had relations with them.

The indictment against Kelly alleges that the women were held against their will in his homes in Chicago, starved of food and sometimes ordered to perform sex acts on each other for his pleasure.

Some of the women in the documentary series remained with him until he was arrested and some still say they are loyal to him.

On Monday morning, before jury selection got underway, Asante McGee, appeared on CBS This Morning.

She begged the jury to believe her and the other women, and asked them to pretend they were thinking of one of their ‘daughters’.