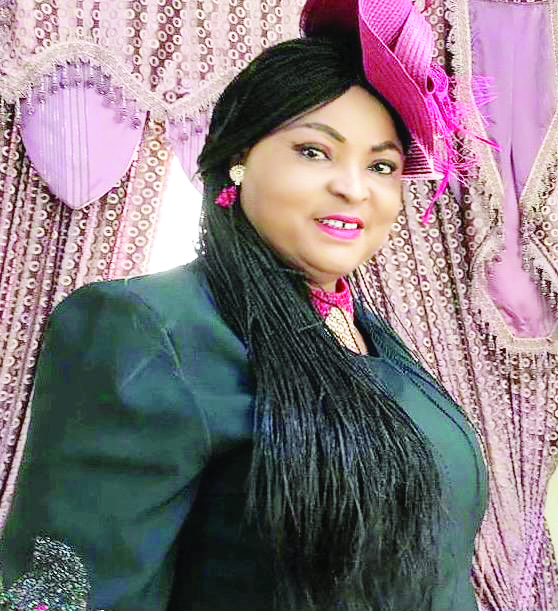 When it comes to leadership, Chief Comfort Oluranti Adepoju, the Yeye-Oge-Arobake of Igannaland, Oyo State, and the Yeye-Alayo-Ajisoge of Oguduland, Lagos State, is a testimony that women are as capable as their male counterparts. After 10 years as secretary of the Busy Bee Society of Ebenezer Baptist Church in Lagos, she was inaugurated as the 4th President of the society and has led the Baptist organisation, whose members are dedicated to the growth of the church,  with the building of N40m projects that include library, laboratory and borehole. What was remarkable was that she pulled off the feat while coordinating the society even from Warri, Delta State, where she works, as Head of Public Affairs in NGC, an organ of the NNPC.   In this interview, the Mother Lydia of the Ebenezer Baptist Church of Lagos, who has a Bachelor’s degree in Modern European Languages from Obafemi Awolowo University, Ile-Ife, and a Postgraduate degree in Human Resources Development from the University of Manchester, United Kingdom, gives an account of her stewardship of the Busy Bee Society.

How did you feel at the beginning when you became the President of Busy Bees Society of the Ebenezer Baptist Church?

It came as a big surprise to me, as I was at that time a “distant” member, being a management staff of NGC, a subsidiary of NNPC, in faraway Warri, Delta State. Nonetheless, I was delighted for the honour, which I think was a result of my strides, as secretary of the society for 10 years.

What were your concerns or fears?

My main worry was how to coordinate, from Warri, the society made up of 15 powerful women; coupled with the daunting demands of my job, which amongst others include ensuring zero vandalism of gas pipelines and other facilities of NNPC by the then restless youths of Niger Delta.

What informed the choice of projects undertaken by the society?

At my maiden meeting with the society as president, I tendered a five-point agenda, with emphasis on Agenda 2, which was to collaborate with the church executives towards a constant development and growth of the church. At the time, so many projects were ongoing within the church and others outside the church, but I picked the science laboratory and library for the Ebenezer Baptist Academy Oshorun, Ibeshe, Lagos. President Obasanjo, also a Baptist and a bonafide member of our church, inspired my choice of project. It was at that period that he launched Olusegun Obasanjo Presidential Library in Abeokuta and many good-spirited individuals supported and donated towards his initiative.

So, was it easy for society?

Members of the society were sceptical about the project, which they viewed as capital intensive. Even though funding became the greatest headache of the project for society, I was full of hope. We decided on a project launch of N40m, scheduled for December 4, 2011, to which we invited very important personalities within the church and notable philanthropists in Nigeria. It was a flamboyant project launch but the fund we realised was very little. At this point, the society advised that the proposed project should be jettisoned. I stood my ground that it should go on. “How can you make so much noise about a venture and pull out at the same time?”

How did you scale the hurdle?

We later set the ball rolling by taxing ourselves to add up to the amount realised at the project launch. With enough funds, we organised the turning of the sod on May 29, 2012, which was spearheaded by the then pastor of the church, the late Rev. Adebowale Adegunwa. The science laboratory was included because of my wonderful experience as a student of a Catholic school, Our Lady’s High School, where I benefited from quality education and qualitative science laboratory, making me what I am today. We had a Father Bee, Mother Bee, Queen Bee; patrons and advisers. We solicited their assistance, which they offered within the limit of their resources.

What was the most challenging to you as president of the society?

Every stage of the project was challenging due to insufficient funds ― from the foundation to the German floor, to decking, to roofing, tiling, borehole, etc. The most challenging was the finishing stage. Many wanted us to hand over the uncompleted building and all to the church to continue. When others realised I wouldn’t budge, a few joined me at the finishing and furnishing of the science lab and library. While the project was ongoing, some members withdrew their membership. The membership was later reduced to nine, but God was our strength and we never relented until the project was completed.

What was the reaction of your immediate community?

Our immediate community came out en masse during the dedication and handover to our immediate past pastor, the late Rev. Adebowale Adegunwa. The late pastor encouraged society with his unflinching support and prayers before his death, hence the reason for naming the library after him. Our community was stunned by the achievement of women, who are less than ten in number. They unequivocally expressed their gratitude and appreciation for the outstanding feat, which no male society had ever achieved in the church. The Busy Bees Society, in recognition of my invaluable contribution to the success of the project presented to me an award of excellence and a pleasantly worded congratulatory card for a fantastic job done.

And the leadership lessons from your experience of leading the Busy Bee Society?

From my experience, leadership in a workplace is a different ball game from leadership in the church. When your staff errs in the workplace, you can query him or her or serve him punitive measures. But anyone in the church can insult you for free without anybody punishing him or her. They will just console you with ‘we all came to worship the same God; you have to forgive and forget’. No matter the severity of the offence. The church is a leveller in almost all ramifications. Remember the Scripture in Matthew 5:39: “But I say unto you that ye resist not evil, but whosoever shall smite thee on the right cheek, turn to him the other also.”

There are arguments that society will be better off with more women in leadership positions. Do you think women need more participation in the religious space?

Yes, although not all women have the guts to lead; you must be highly competent, knowledgeable, and strong; sometimes with native intelligence, to be a good woman leader. Some women are natural trailblazers and will always achieve in any portfolio and under any condition. If you give a woman a yard, she will go the extra mile just to prove a point. Women possess “I can-do spirit.” Naturally, women are multitasking, combining household duties with their various jobs. And because many of us are mothers, we tend to apply the touch of empathy and mentoring where we find ourselves. We don’t give up easily until we achieve, being mindful of the watchful eyes of our chauvinistic male counterparts.

Many observers have raised concerns about women’s growing influence on religion in the modern age?

Yes, women are already major participants in the religious space. In any religion, be it Christian, Islam, or paganism; women dominate the space. Religion is actually of the mind, but almost all the women in Nigeria practise one religion or another judiciously for the sake of the family and the children. I don’t support fanaticism in any form anyway.