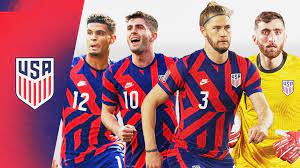 The Consul General of United States of America in Nigeria, William B. Stevens, has described the 1-1 draw played out by USA and Wales in the Qatar 2022 FIFA World Cup as a fair result.

Stevens who spoke after the match at his Ikoyi residence where he hosted guests to a viewing party Monday night noted that it was a game in which both sides fought hard to win.

Naira redesign: No extended deadline for old notes after Jan. 31 –…

The amiable envoy said one thing going for the US soccer team is the fact that they are made up of a generation of young players who would begin to jell when the World Cup comes to the US in 2026.

“We have the youngest team in Qatar and I am looking forward to 2026 when we will be playing host but let’s see how far these young lads will go in Qatar,” he said.