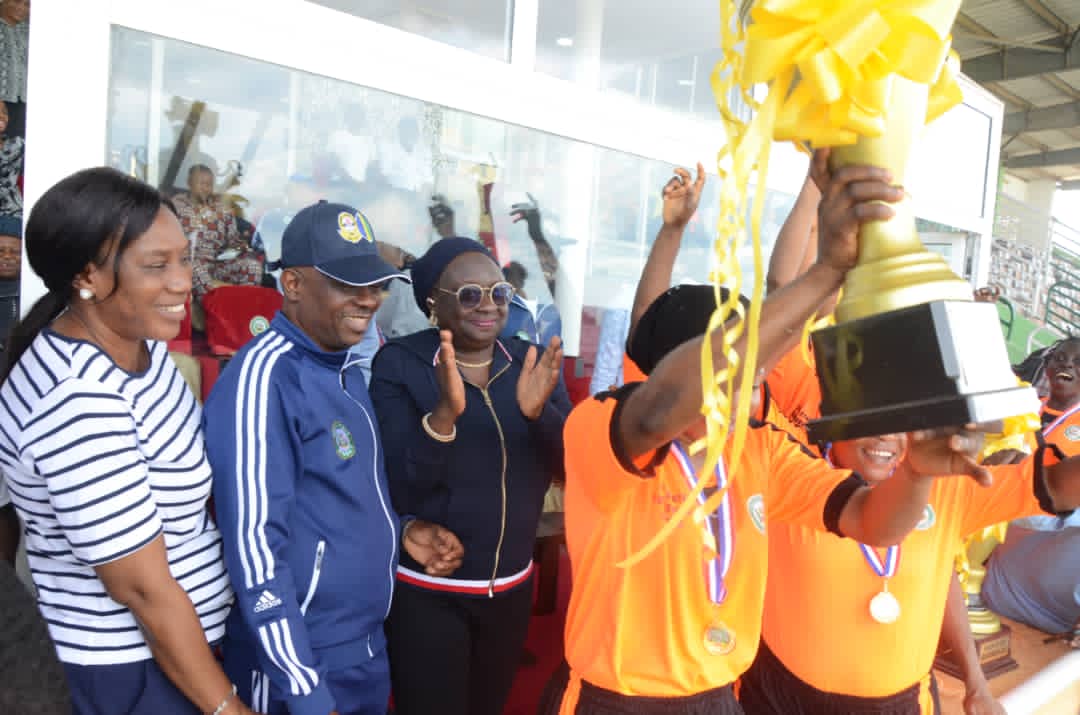 Ogun State Deputy Governor, Engr. (Mrs.) Noimat Salako-Oyedele and the state’s Head of Service (HoS), Dr. Nafiu Aigoro, was in MKO Abiola Stadium, Kuto, Abeokuta, to watch football matches between the Ministry Team and Parastatal counterpart in commemoration of the public service day in the State.

In the female category, Ministry’s team beats its counterpart from parastatal 3-2 in a penalty shoot out, after a goalless draw in 90 minutes of the match.

In their separate remarks, the deputy governor, urged the female football team to be more committed to their job, saying it is imperative to something keeping fit, as its part of work exercise.

Also, the HoS, Dr. Nafiu Aigoro, admonished the civil servants in the State, to be more performing exercise, so as to be more active intelligently in the course of their job.

At the end of the event, both gold and silver medals were awarded to the male and female winners categories and also the second runners, by the State’s deputy governor and the State’s head of service.