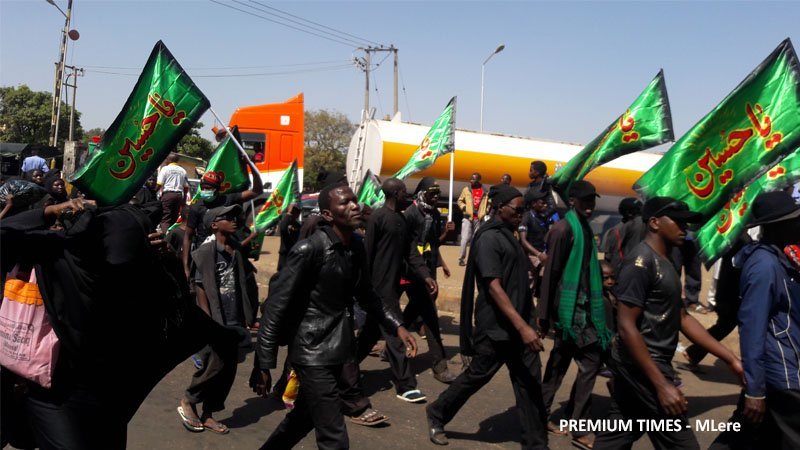 Some security experts have called on members of Islamic Movement of Nigeria (IMN) popularly known as Shiites to be law-abiding while protesting.

The News Agency of Nigeria (NAN) reports that members of the sect had been protesting against the detention of their leader, Ibrahim El-Zakzaky, since 2015 after their clash with the Chief of Army Staff’s convoy.

In separate interviews with NAN on Thursday in Abuja, the experts said that the group must carry out their protest within the ambit of the law to avoid destruction of lives and property.

A security consultant, Capt. Aliyu Umar (rtd), said that the Shiites had constituted problem to their socio-religious and political environment over the years.

He noted that the activity of the group had been heralded with fear by innocent Nigerians, adding that it must operate as a religious group, whatever their course.

“The Shiite group, whatever their course or religious quest, must work towards managing their public image for the better, from that of a disruptive to a constructive and intelligent religious body.

“I want to see the group invest its energies and time in more cogent and friendly endeavours,’’ he said.

Umar advised that rather than engage in confrontation, the group should dwell more on seminars and social-volunteer initiatives and other allied forms of public participation.

He said that the alleged non-recognition of any form of government in the country by the leader of the sect, El-Zakzaky, was a declaration of lawlessness.

“I doubt if the same group would be allowed anywhere (including Iran) if it declares non-recognition of its host nation’s duly recognised government.

“I must be quick to add that democracy is majorly about the `right to responsible action’,’’ he said.

Umar advised security agencies to come up with superior and proactive measures for handling civil unrest, mob action and civil disobedience as they emerged.

“The use of a uniform approach or `one size fits all’ solution to these challenges cannot but open other avenues of avoidable concerns or issues,“ he said.

Mr. Lawrence Alobi, retired Commissioner of Police, said that protest was one of the characteristics of democracy, but must be carried out in line with the law to avoid being hijacked by hoodlums.

“The citizens have the right to protest but it should be within the context of the law.

“The IMN members have the right to protest but it should not be against the law of the land,’’ he said.

Alobi said that organisers of protests should always inform the police to give them protection to avoid hoodlums hijacking it.

On the continuous detention of El-Zakzaky, he said that it was not good for the development of the country`s democracy.

“The issue of the leader of the IMN being held in spite of a court order is not good enough for democracy. We have to obey the rule of law; it is the fulcrum of democracy,’’ he said. (NAN)