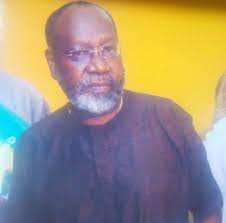 The remains of the retired Deputy Controller-General of Prisons, Dr Adewale Oloyede, have been buried in Volts and Garden at Ikoyi, Lagos, a Nigerian Prisons Service official has said.

Mr Francis Enobore, the Public Relations Officer of the service, said in a statement in Abuja that the remains were buried on Thursday.

The News Agency of Nigeria (NAN) reports that he was killed by gunmen alongside his orderly, Michael Yusuf on February 1, near Osara Town in Kogi while on their way to Lagos.

According to the PRO, testimonies of late Dr Oloyede, as he was fondly called, were given, with many saying that he personified patriotism and honesty.

Enobore said that the ceremony, which commenced at the Olive Tree Parish of the Redeemed Christian Church of God (RCCG), was witnessed by a number of dignitaries who turned out to pay their last respect to the fallen senior citizen.

He, however, added that the officiating minister, while admonishing the audience to live a life of testimony in honour of the creator, said that the departed Oloyede ran a fruitful life and would be remembered for his labour of love to mankind.

The Controller General of Prisons, Mr Ja’afaru Ahmed, in his condolence message to the family, said the late officer was a disciplined and hardworking man who used every opportunity he had to reach out to the vulnerable in the society.

“He pioneered the establishment of a comprehensive health care structure for prisoners. He also remained irrevocably committed to sustaining improved condition of living for the inmates,” he added.

Ahmed said that Oloyede continued to demonstrate his passion for the prisons service even after retirement in various areas, including the National Stakeholders Committee (NSC) on Prisons Reformation and Decongestion where he was a member.

Oloyede was the Head of Health and Social Welfare Services in the Nigerian Prisons Service for several years before retiring in 2007.

He was also the President of National Association of Retired Para-military Officers (NARPO). (NAN)