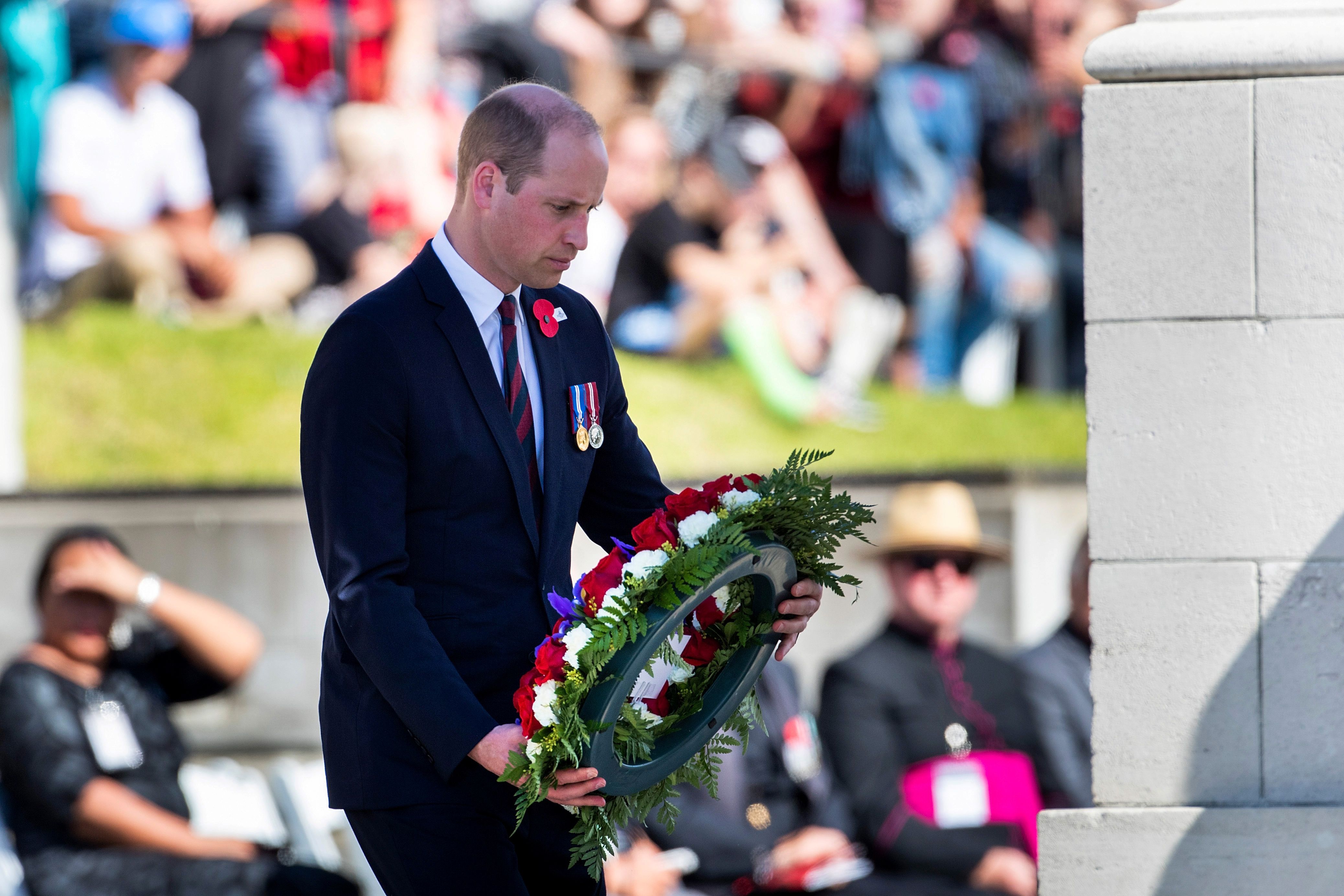 Prince William on Thursday met with police officers and paramedics, who dealt with the aftermath of a deadly gun attack by a suspected white supremacist on two mosques in Christchurch in March.

On the first day of his two-day visit to New Zealand, the Duke of Cambridge, who has worked as a pilot with the air ambulance service in Britain, paid his respects to the first responders.

They were the first to attend the scenes of the March 15 mass-shooting that left 50 people dead.

In the morning William had joined the country’s Anzac Day commemorations in Auckland before travelling to Christchurch.

He laid a wreath on behalf of his grandmother Queen Elizabeth II on the national day of remembrance, which commemorates all Australians and New Zealanders “who served and died in all wars, conflicts, and peacekeeping operations.”

Prince William has a strong connection with the region since his visits, following the Christchurch earthquakes in 2011 and during his tour of New Zealand with his wife Kate and son Prince George in 2014.

On Friday, the prince will visit the local hospital, where several of the 50 people wounded in last month’s attack are still recovering, before heading to the al-Noor mosque where the majority of the victims died.

Later he is set to visit the Linwood mosque, followed by a walkabout in central Christchurch, near the earthquake memorial where the public is invited to meet the royal. (NAN)