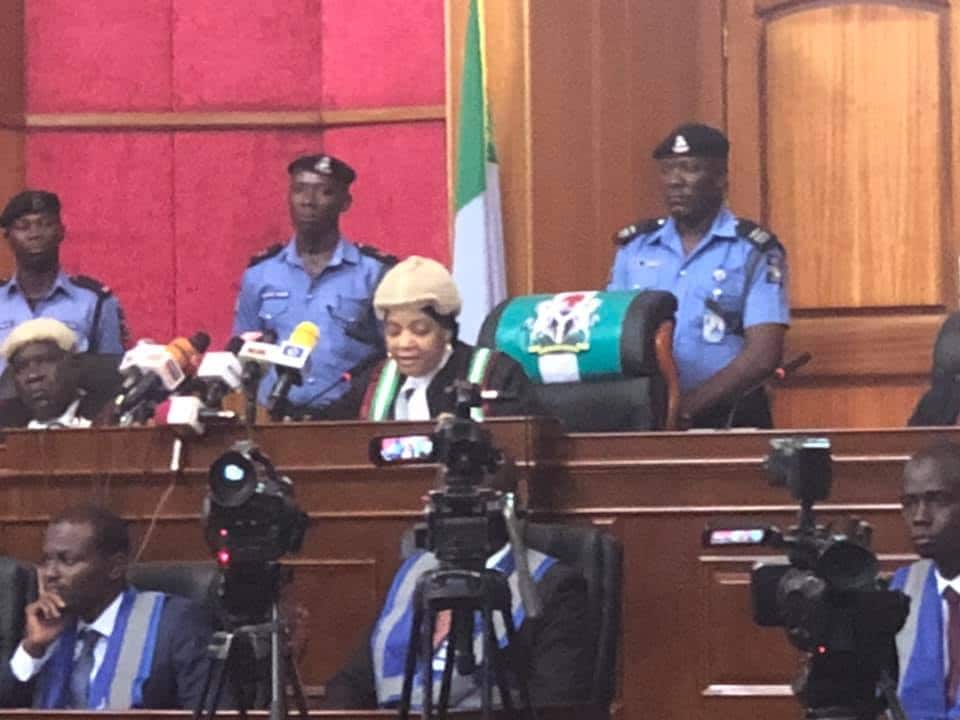 The Presidential Election Tribunal made its first sitting over a petition filed by Presidential candidate of the Peoples Democratic Party (PDP) in the February 23, 2019, general election, Alhaji Atiku Abubakar and others concerning the processes and outcome of the 2019 polls.

It was gathered that some of the parties to the petition, including lawyers to Alhaji Atiku Abubakar and the PDP as well as counsels to President Muhammadu Buhari and the All Progressive Congress (APC) were in attendance.

The lawyers to the Independent National Electoral Commission (INEC) were also at the court premises.

The report said Justice Zainab Bulkachuwa, president of the appeal court, chaired the opening session which had other panelists including Justice Abdul Aboki.

It was learnt that Justice Bulkachuwa told the attendees that there are over 700 petitions from the just concluded election and that Imo state has the highest put at 78.

The judge said it is because of this that the court sent six panels to the state. Presidential election tribunal begins sitting over Atiku’s petition Peter Obi, the running mate to Atiku, was in attendance at the tribunal

She promised that the tribunal would strictly adhere to the rule of law and that the hearing would be on a day-to-day basis.

The report said the first case that was mentioned was that of the Hope Democratic Party, Ambrose Awuru against President Mohammadu Buhari.