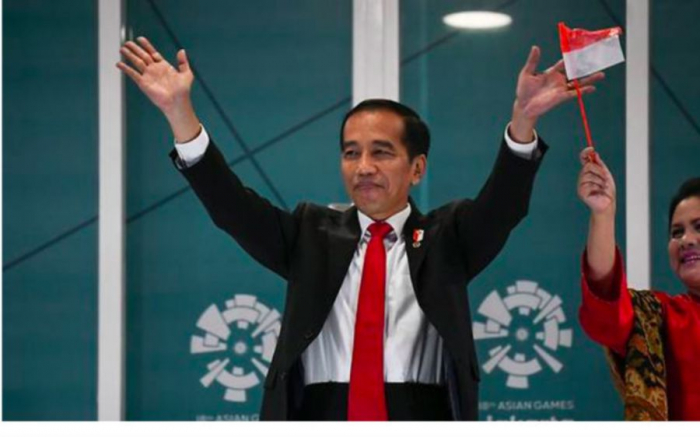 Chinese President Xi Jinping on Tuesday sent congratulations to Joko Widodo on behalf of the Chinese government and people on his re-election as president of Indonesia.

In a congratulatory message, Xi pointed out that China and Indonesia were natural partners as they are both large developing countries and share broad common interests at bilateral, regional and multilateral levels.

Xi said that over recent years, the two countries had taken the opportunity of jointly developing the Belt and Road to further synergise their development strategies.

He added that the two countries had achieved fruitful results in practical cooperation in various fields, ushering their relations into a new phase of rapid development.

Xi said that he attached great importance to China-Indonesia ties, and would continue to work with Widodo to build on the progress made in the past five years.

And also to lift the comprehensive strategic partnership between the two countries to higher levels, so as to bring benefits to the countries their people.

The General Election Commission (KPU) confirmed official counts where Widodo gets 55.5 per cent and 44.5 per cent for opposition, Prabowo Subianto.

Although the country’s electoral commission released the official result of the presidential poll a day earlier than schedule, the security authority still does not rule out the potential of terrorist attacks, said Prasetyo.

The electoral commission announced the victory of President Joko Widodo after midnight, in a bid to avoid the day when the terrorist strikes were plotted.

President Widodo declared his victory after the announcement while rival former general Prabowo Subianto rejected the result and set to challenge it in the country’s Constitutional Court.(NAN)

Sleep apnoea may raise the risk of cancer in women – Scholars