Pregnant women who suffer migraines are ‘more likely to have a miscarriage, premature baby or develop deadly pre-eclampsia’ 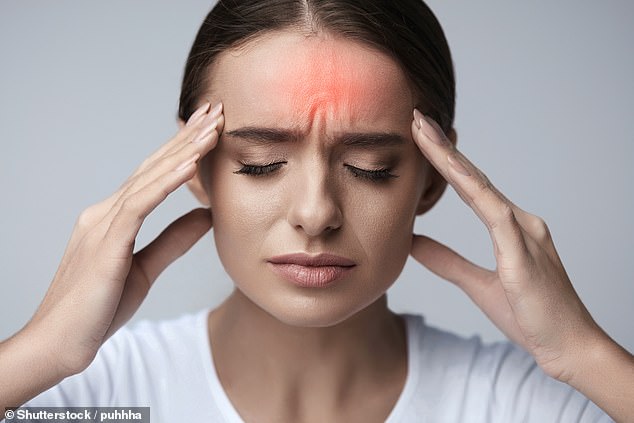 Women who suffer from migraines are more likely to experience pregnancy complications, a study has revealed.

Researchers tracked 250,000 mothers-to-be and found higher rates of miscarriage and premature birth among those who get migraines.

Women who suffer from the severe headaches are 50 per cent more likely to be affected by high blood pressure during pregnancy, the Danish study found.

They are also 40 per cent more likely to get pre-eclampsia, a deadly condition which threatens the life of both mother and baby.

Women make up six million of Britain’s eight million migraine sufferers, with one in four women of reproductive age affected by the condition.

Researchers from Aarhus University Hospital in Denmark compared the pregnancies of 22,841 women who get migraines with 228,324 women who do not over a seven-year period.

They found that migraine-sufferers had a ten per cent higher chance of having a miscarriage, and were 21 per cent more likely to give birth prematurely.

WHAT HELPS TO PREVENT MIGRAINES?

A preference for variation over routine prevents crippling headaches among depression sufferers, a study found.

Yet, neuroticism – a personality trait associated with nervousness and irritability – increases migraine’s risk, the research adds.

‘Our study results could help to provide a better understanding of the biopsychosocial background of migraine, and help to find novel strategies in the prevention of and interventions for [migraine].’

The researchers analysed the relationship between personality traits, depression and migraines in more than 3,000 sufferers of the mental-health condition.

Depression is associated with an increased risk of migraines.

The participants were ranked according to their openness, conscientiousness, extraversion, agreeableness and neuroticism.

Babies themselves are 20 per cent more likely to be admitted to intensive care if their mothers have migraines. They have a higher chance of respiratory problems and seizures.

‘Accumulating evidence shows that migraine in pregnancy may lead to several adverse outcomes in the mother and child, but treatment may alleviate these risks.’

The study, published in Headache, said that treating migraines does not reduce the risk of complications.

This suggests that migraines are a red flag for underlying problems, such as high blood pressure.

This means pregnancy problems relating to migraines are likely to be a biological problem, rather than being caused by any drugs such as paracetamol and ibroprufen which are used to treat migraines.

The study’s authors suggested that genetics are a factor which explain why some women get migraines and others do not.

Migraine disorder causes a severe headache felt as a throbbing pain on one side of the head.

Attacks can last up to 72 hours and cause dizziness, nausea and headaches.

The study concluded: ‘In the offspring, maternal migraine was associated with increased risks of low birth weight, preterm birth, cesarean delivery, neonatal dispensings, respiratory distress syndrome, and febrile seizures, compared with offspring in the cohort of pregnancies among women without migraine.’ (DailyMail)