Powerlifters have proved they are unstoppable – President PCN 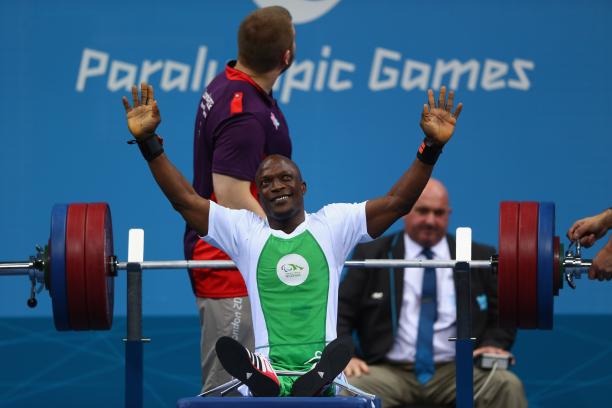 Brig.-Gen. Emico Eruwa, President, Paralympic Committee of Nigeria (PCN), has described the performance of the nation’s powerlifters at the just concluded World Championship as brilliant, saying they are now unstoppable.

Eruwa said on Thursday in Lagos that he was impressed with the performance of the powerlifters that won medals in their different categories.

Nigeria emerged overall winner with 20 gold, 15 silver and seven bronze medals, in the Championships which took place from January 28 to January 30 at the Oriental Hotel.

“Our powerlifters have set a winning standard by their impressive performance in all the competitions they have featured in, and they have continuously maintained the trend which shows they are indeed unstoppable. They are known across the world for this exceptional feat, and personally I am proud of them and commend their efforts and commitment in making Nigeria stand tall at various games and world championships.

Kudos to the amiable powerlifters and their coaching crew for this great achievement by the powerlifting federation to Paralympic sports family and the nation Nigeria at large,’’ he said.

He also tasked other Para-sports to emulate the good records of the powerlifting sport, urging them to intensify their efforts to excel in upcoming championships.

“We are all happy and proud with the uninterrupted successes of the powerlifting sport. Our desire is for such a feat to cut across other Para-sports in the country.

The new board of PCN which I head wants Nigeria Para-sports to rule the world in various games held across the globe, and for this we are ready to provide the support,’’ Eruwa added.

He applauded the Nigeria Para Powerlifting Federation (NPPF) for successfully hosting the championships which had seven countries in attendance.

The International Paralympics Committee (IPC) said the champions also served as qualifiers for the 2020 Paralympics Games billed for Tokyo. (NAN)