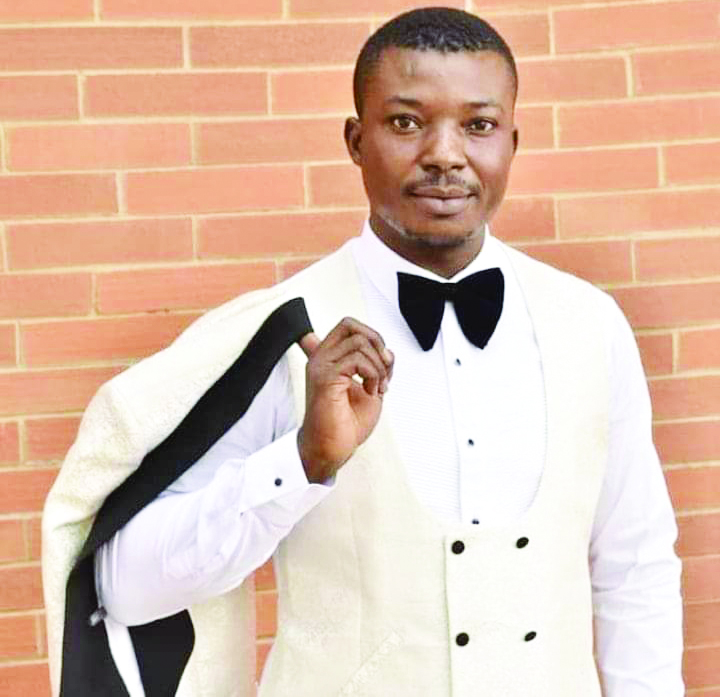 A group of travelers going to Enugu from Abuja have narrated their near death experience in the hands of five robbers, suspected to be mobile policemen that mounted road block close to Ebe junction, Ogbede Road, 9th mile.

The victims said that they had left Abuja on the fateful day to attend a wedding ceremony of one of their club members in Enugu, when the men flagged them down in the Mitsubishi Canter car they were traveling in.

One of the victims, Mr. Nweke Junior, a writer, told The Nigerian Xpress reporter that the officers seized all their phones and prohibited them from contacting anyone.

The robbers detained their victims and brutalised them with heavy woods they were carrying, while threatening to kill them if they tried anything funny.

He said he was robbed  of N 40,000 while other occupants of the vehicle also lost huge sums of money to the officers.

Narrating his experience, he said: “It was on Saturday, October 26, 2019. We left Abuja for Enugu to attend a friend’s wedding. When we got to Ogbede, close to 9th Mile, about five police officers, wearing Mopol trousers and branded police shirts, tall and dark with bandana over their heads, stopped us. They were carrying AK47 riffles with big sticks with which they flogged people mercilessly with.

“After searching all of us but could not find anything incriminating, they pounced on the driver for not having a personal identification card, despite showing them his driver’s licence, which they seized from him. When I attempted to ask one of the officers why he chose to maltreat us despite knowing that a driver’s licensee is more valid than any other personal identification, he angrily attacked me with the heavy stick he was wielding.

“At this juncture, they kept all of us in a spot, with one of them holding us to ransom. He held us at gun point. We saw where they hid their patrol vehicle inside the bush, to avoid people taking the registration number. They threatened to kill us many times should we try anything funny.

“We were kept there for more than two hours. They were busy extorting and brutalising other motorists. It was when the one policing us left to extort one heavy duty vehicle that I secretly contacted my family and some friends with a phone I managed to hide in my shoe.

“It was a clear kidnap attempt. We were faced with death. These policemen are professionals in this job. When everywhere became dark, they now told us that we must transfer N200,000 if we wanted to continue our journey alive.

“They called someone on phone to forward an account number to them. After about 30 minutes, the account arrived. They now asked us who would make the transfer, we all kept quiet out of fear. They went out and discussed among themselves and came back to search all of us again.

“They collected all the money in our pockets at gun point. They collected N40,000 from me. That was when they ordered us to leave the scene immediately pointing their guns at us. We immediately left the scene. I now realised that some of these crimes we dump on Fulani herdsmen is actually done by some corrupt police officers.”

Nweke said he could identify the officers anytime if the state CP can present those on duty on that spot the fateful day.

Also narrating his side of the story, the driver of the vehicle, Engineer Steve, who was brutalisedd mercilessly said that he is happy to be alive to tell the story because the officers were ready to kill all of them.

He said: “When they flagged me down, I cleared to come down from the vehicle because the driver’s side glass is faulty. The next thing I heard was a heavy bang with a heavy wood on the boot of my car. I came down from the vehicle they immediately gave me heavy slaps and punches. They were also hitting me with the stick; all my hands swelled up.

“From there, the guys said my offence would cost me N5000 and that they would not give me back my driver’s licence unless I paid the money, adding that I’d better pay it fast and continue because time would come when I would be begging them and they would not listen.

“I thought they were joking; they kept us for hours. We contributed money and gave them N2000 but they refused because they searched all of us and saw money in the wallet of the four guys I was carrying in the vehicle. They said they were going for a weeding.

“I helped them on the way before 9th mile. I was traveling to the village to see my mother, who is ill. That was why they was requesting for big money. Latter, I gave them N3000, but they said all of us had money in our pockets and that time would come when we would beg them.

“Are they thieves? Why would he be looking at someone else’s money? They refused to give me my documents and hit me till my hands were shaking. I gave them N5000, which he collected. They had before told us that we must send N200,000 to an account they would give us. But they latter seized all the money they found on us and ordered us to leave at gun point. We quickly escaped for our lives.”

One of the victims, Nweke, secretly contacted our reporter, as of the time they were being held hostage. He pleaded that he should assist them contact the Enugu State PPRO, Ebere Amaraizu, to contact the closest station to the scene, as their lives were being threatened. The reporter quickly called the PPRO through his cell phone. He requested that the reporter should send a text message, as he was in a noisy place.

The reporter did as he requested, but he did not respond to the message. The reporter further sent the number Mr. Nweke was using to call him secretly to the PPRO, pleading that he should contact them so as to save the situation but he still did not respond to the message. Subsequent calls made to his line hours after sending the messages, when the victims had been robbed, were not answered, as the lines kept responding busy.

‘This is too much’, flooded community cries out in Lagos