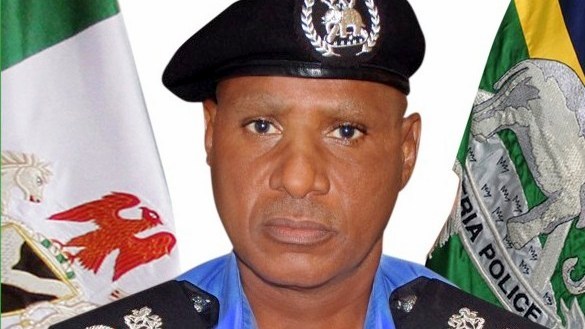 Commissioner of Police in charge of the Lagos State Police Command, CP Zubairu Muazu,  has said the Command would treat cases of ballot box snatching in accordance with relevant the law.

The Commissioner, who stated this while briefing journalists, on Thursday, said 30,000 personnel drawn from the police and other security agencies have been deployed to ensure a smooth and peaceful electoral process.

This development counters the directive by President Muhammadu Bahari to security agencies to be ruthless with ballot box snatchers.

Briefing reporters on the preparedness of the command to deal with such issues,  the CP  said,  “Our men have the ingredients of the electoral act,  they have been well trained on what is expected of them before,  during and after the elections.

“So, when anyone who snatches a ballot box is caught, they would be tried in court and  punished according to the law.

“ I want to assure you that the Nigeria Police force in collaboration with other security agencies under the umbrella of Inter-Agency consultative committee on this election is ready come Saturday. A very robust operation order to cover deployment of security personnel for the elections is on ground, so we will ensure there is a safe and secured environment for electorate in Lagos to go and cast their votes without fear and intimidation.

“Our major role in the entire electoral process starts at the electoral body office INEC where we are providing security for electoral officers to go about their duty unmolested.

“We are to provide security for electoral materials. We are to be present and ensure there is orderliness at all polling centres and ensure that everything goes on very well.”

Speaking further on the role of security agencies in the state, Muazu said the command  have also put in place a post election security plan to evade a possible fracas that is often associated with most elections in the country.

“We will that the is adequate security at the tribunal,  conduct diligent  investigations in all electoral offenders who might have contravened electoral law and prosecute. We may be expected to give evidence at the electoral tribunal.”

Commenting on the recent cult clashes in the state, CP Muazu stated that the command had the situation under control as such skirmishes would not affect security during the elections.

“There will be constant patrol and pin down patrol points we won’t allow the recent cases of cult clashes to affect the election.  The election will be well secured. Everyone should come out and cast their vote,” he said.

Buhari to address the nation 7am Friday