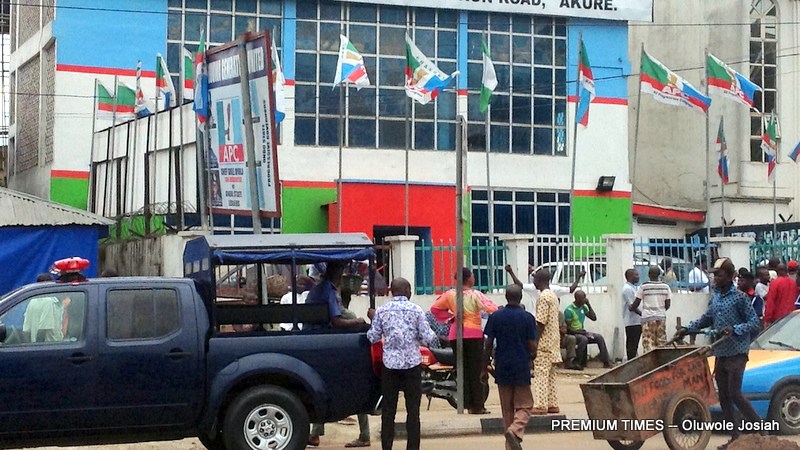 Stern-looking security operatives, on Tuesday, sealed the National Secretariat of the All Progressives Congress (APC), in Abuja.

The sealing of the complex, it was gathered, was on the orders of the Inspector General of Police, Mr. Mohammed Adamu.

It was gathered that IGP Adamu had scheduled a meeting with some of the feuding members of the party for 1:00p.m.

The Appellate Court, sitting in Abuja, last week, upheld the suspension of Comrade Adams Oshiomhole as national chairman of the party.

Giadom is laying claims to the position of the APC National Chairman in an acting capacity.

But some of his colleagues in the National Working Committee (NWC) said former Governor of Oyo State, Sen. Abiola Ajimobi, who is indisposed, remains the acting National Chairman of the party.

You’re no longer a member of APC, Court tells Giadom

‘No division within Progressive Governors Forum’