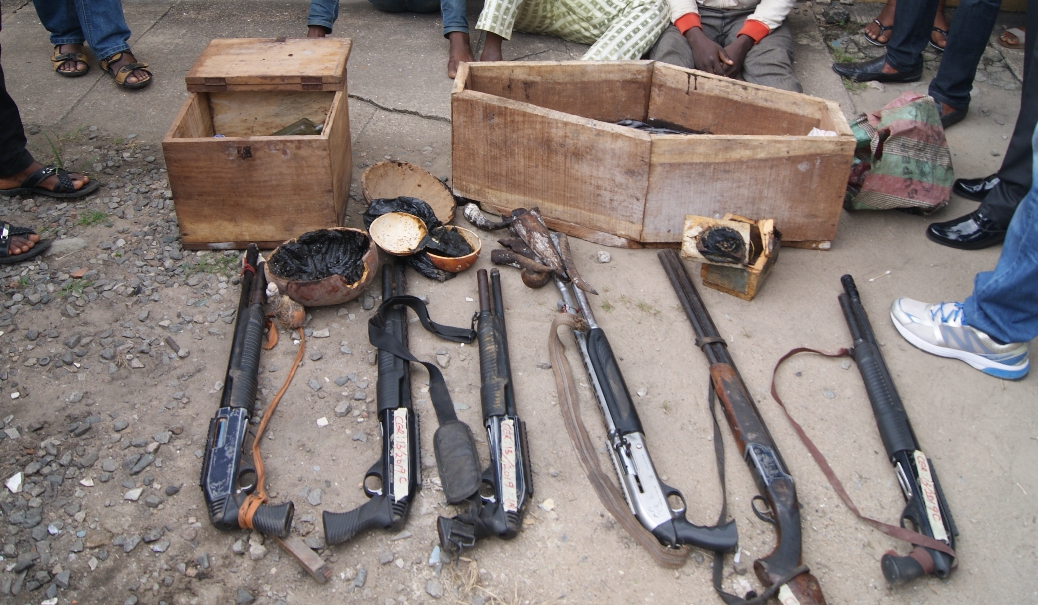 The Zone 2 Police Command has arrested three suspected ritualists, who reportedly operate in the Igbe-Laara area of Ikorodu, Lagos State.

The Assistant Inspector General of Police, in charge of the Zone 2 Police Command, m Onikan, Lagos State, AIG Lawal Shehu, said  the suspects had been terrorising Ikorodu and environs.

Speaking on how they were arrested, Shehu revealed that information on the activities of the suspects had filtered to the operatives of the Zone.

The AIG said, “Information has it that there are suspected cultists who normally terrorize Igbe-Laara area of Ikorodu, Lagos.

“Based on the information, team of operatives from the Zone 2 Command swung into action; leading to the arrest of Kayode and Rasaki with 10 rounds of live cartridges.

“Further investigation led to the arrest of Ojo  with three types of coffins containing quantity of black soap suspected to have been prepared with human parts.”

Shehu further stated that the command have beefed up security in every part of Lagos and Ogun states to ensure that crime and criminality does not thrive.