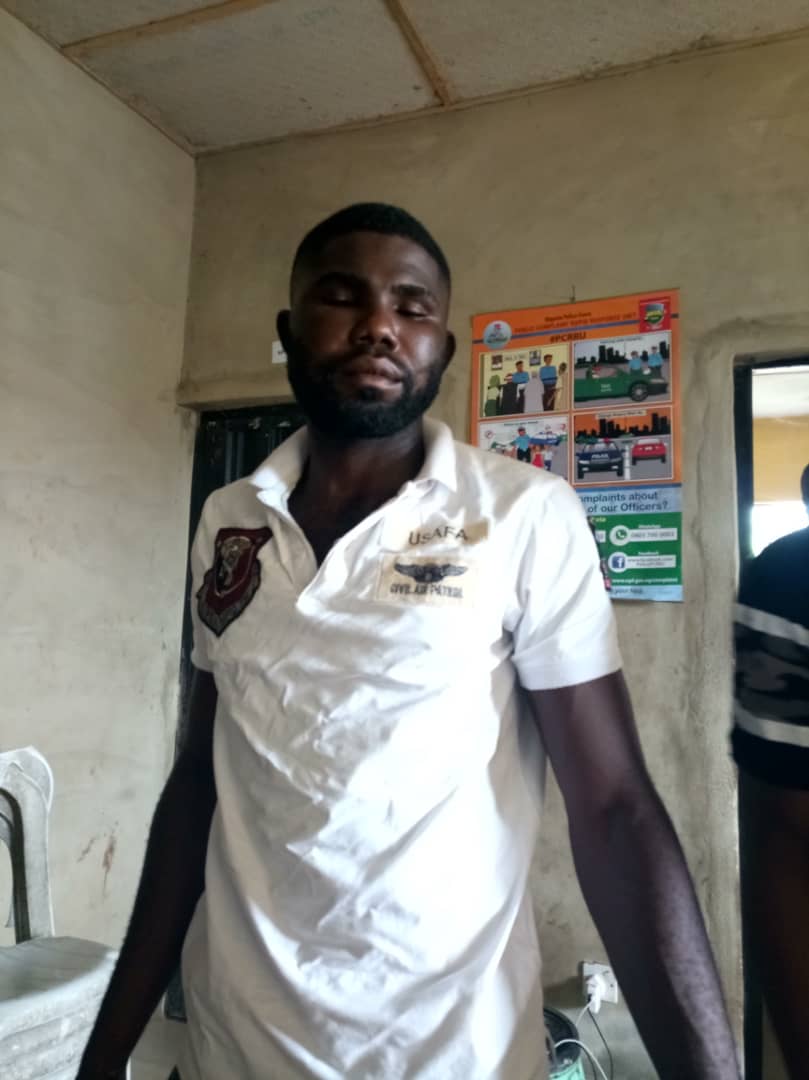 A fleeing member of the gang that had murdered two Bureau de Change operators at the Ikorodu area of Lagos State has been arrested by men of the Special Anti-Robbery Squad of the Lagos Police Command.
The arrested suspect, Kenneth Ebuka, and three other gang members earlier arrested, had lured the deceased persons with a business deal. The gang had told the operators that a relative who had returned from overseas wanted to change $10,000 to Naira.
The operators, Alhaji Yakubu Musa and Alhaji Hassan Umaru, were taken to an abandoned company in Ikorodu, where the gang kidnapped them demanded for N1.6 million as ranson for their release.
The ransom was paid, but the gang still killed the operators and burred their bodies in a septic tank which was later discovered by the police.
Ebuka, 23, claimed he was not involved in the planning of the kidnap. He said it was totally the idea of Oluwatosin Olanrewaju, Olawuni Mayowa and Babatunde Idris.
According to him, he came into the picture when he had gone to visit Mayowa, only to discover the operators were tied.
He said, “I was arrested in Ogun State, where i had fled to on hearing that the police had arrested the three others. But I was never a part of the kidnap. I had only gone to visit Mayowa at his house, when his wife told me, he was not at home and that she had been finding it difficult to reach him on phone
“ On my way back home, I met a friend who told me to go to Olanrewaju’s house to look for Mayowa, which I did. On getting there, I saw Mayowa with two men who were tied. While I wondered what was happening, I heard Olanrewaju telling Myowa and Idris, he would kill the men.
“At this pointed, I told Mayowa I was leaving because I did not want trouble. But Olanrewaju shut me up and pointed a gun at me. He said whatever was said in the room should remain amongst us. Out of fear, I accepted.
“ I was not there when the men were killed, I was only given N40, 000 the next day. It later that I heard that the men were kidnapped and that a ransom of N1.6 miilon was paid to secure their release. I later heard that they had been arrested. I was shocked and fled to my cousin’s house in Ogun State.
“ I sincerely regret keeping calm about this wickedness. I don’t know why I even had to go and look for Mayowa that day. “