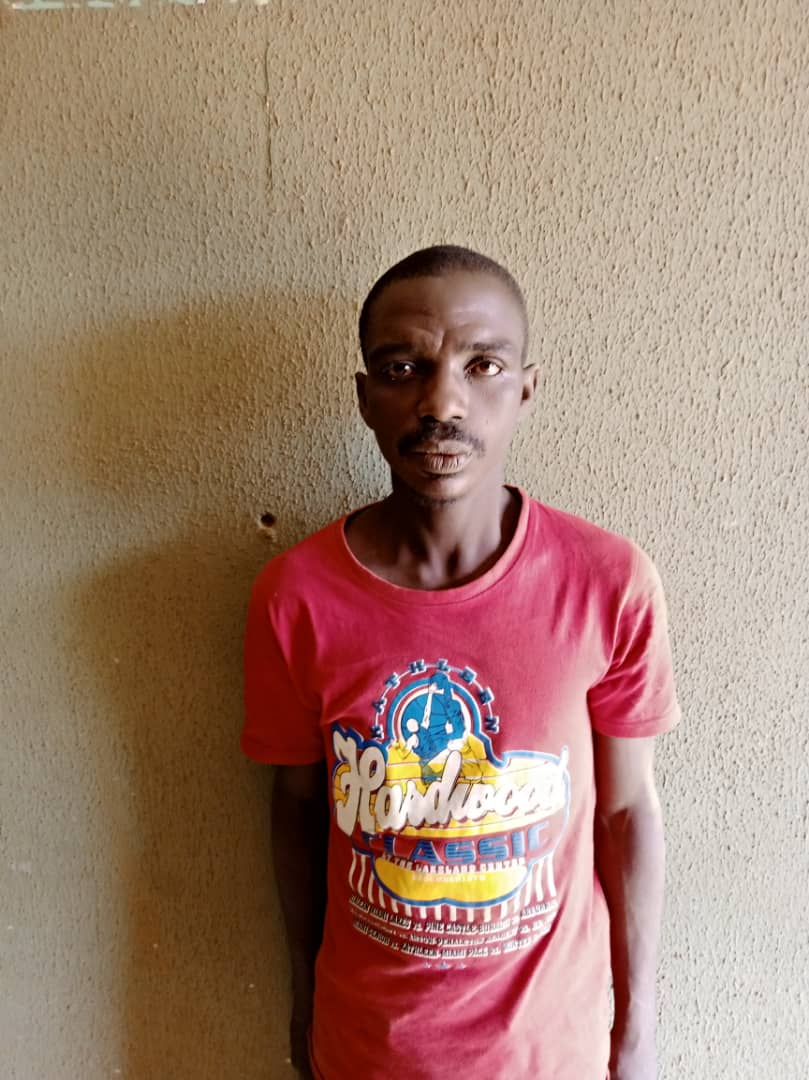 The Ogun State Police Command, has arrested a man identified as Idowu  Sikiru, for inflicting grievous harm on his five-year-old  son, Sikiru Segun.

The suspect, a resident of Itowo in Oke Sopen area of Ijebu Igbo,  was arrested on February 7, 2020. He had accused the boy of stealing cooked fish.

As punishment for the alleged act, Sikiru, placed an aluminium plate on fire, and when it was hot, he sat the boy’s buttocks on the plate, inflicting heavy wounds on his buttocks and finger.

READ ALSO:http://Seek Ajimobi’s guidance with humility on matters of good governance, Oyo APC tells Gov. Makinde
According to the Ogun Police Public Relations Officer(PPRO),  Abimbola Oyeyemi said: “ The Ijebu Igbo division received information from members of the public that the suspect was about to kill the small boy. On the strength of the information, the DPO ijebu igbo division, Kazeem Solotan, a Superintendent of Police, quickly mobilized his detectives to the area where the suspect was arrested.

“ Preliminary investigation revealed that the suspect accused the boy of stealing a cooked fish. He put an aluminum plate on fire and when the plate was red hot, he forcefully sat the boy on it, giving the victim a serious burn on his buttock. He equally used the plate to burn the victim’s fingers and part of his mouth.

“ The victim was rushed to the hospital for medical attention.Meanwhile, the commissioner of Police, CP Kenneth Ebrimson has ordered the immediate transfer of the suspect to Anti-Human Trafficking and Child Labour Unit of the State Criminal Investigation and Intelligence Department, for further investigation and possible prosecution.”