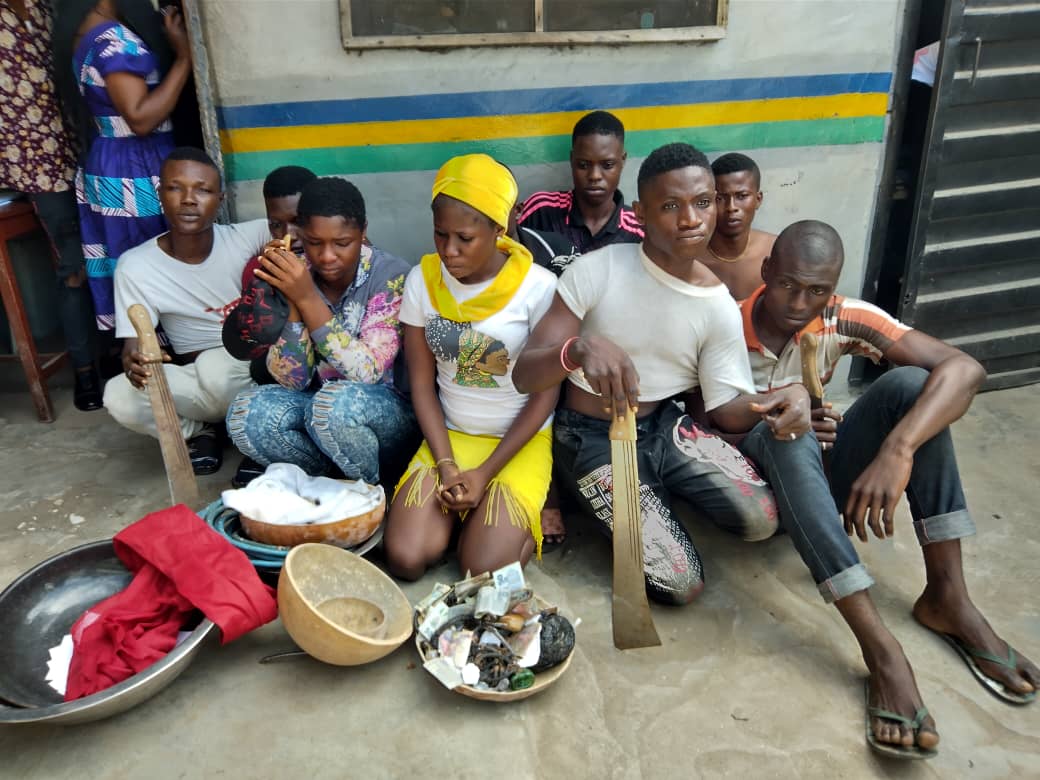 Share
Joy Anyim
Two female cultists, Olaiya Bisola, 18, and Hazzan Hawawu, 19, were arrested alongside six others, during an initiation into the dreaded ‘One Million Boys’ confraternity over the weekend.
The suspects were reportedly arrested by operatives of the ‘Operation CRUSH’ from the Ilemba Hausa Police Division of the Lagos State Police Command.
The arrested suspects had in their possession, assorted charms and dangerous weapons, while carrying out the initiation  at a hideout at No. 15 Alado Street Shibiri, Lagos.
Related Posts

Leading the initiation was Yusuf Abu, aged 20. Others arrested were Sunday Gabriel, 20, Rilwan Dauda,18, Mohammed Sikiru, 23, Oladimeji Abayomi, 18, Rasheed Alabi, 20, Habeeb Idowu, 18.
According to the Lagos Police Public Relations Officer, Elkana Bala, the suspects were arrested based on credible Intelligence.
“The suspects were arrested at No.15 Alado Street Shibiri, where they were being initiated into the cult group by Yusuf Abu. Three sharp cutlasses, a fetish calabash with dangerous juju and weeds, suspected to be indian hemp, were recovered from them.
“Suspects were charged to Court and remanded in prison custody, ” Bala said.