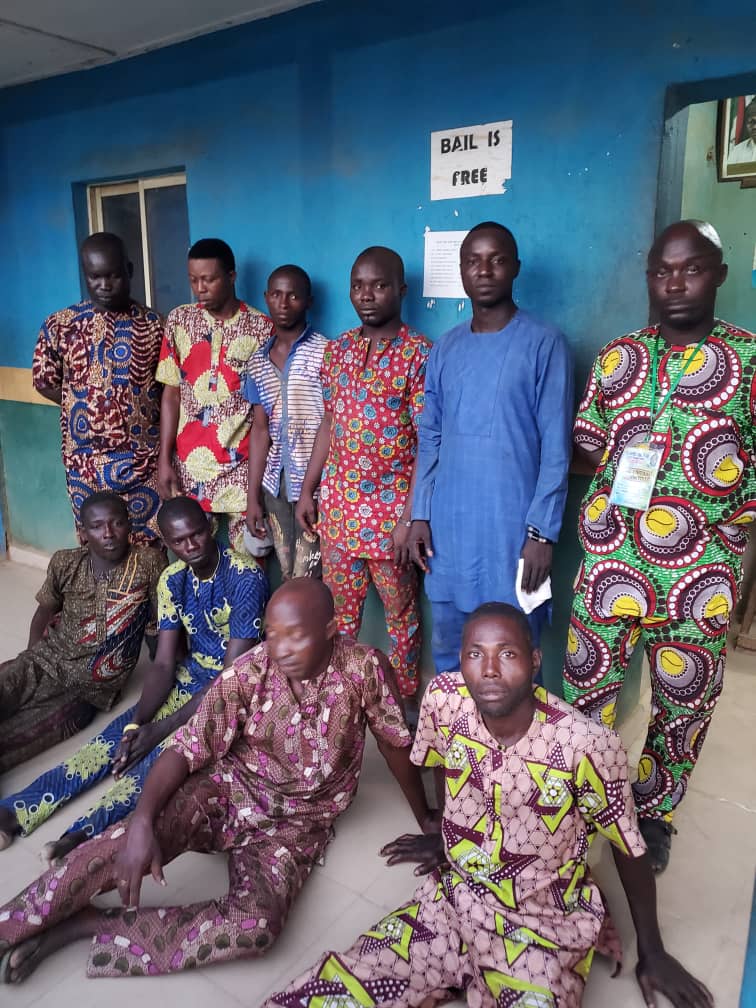 Police in Ogun State have arrested 10 members of a land grabbing syndicate, who had unleashed error on innocent residents of Ewujomo village,  at Igbosoro, in Ogijo area of the state.

It was gathered that the suspected land grabbers, who came with motorcycles and armed with dangerous weapons, had invaded the village early that morning.  The villagers were said to have run helter-skelter  seeking safety.

Upon receiving the information, the Divisional Police Officer, Ogijo Division, Suleman Baba Muhammed, a Chief Superintendent of Police, had mobilised his men to the scene.

According to the Ogun Police Public Relations Officer, Abimbola Oyeyemi, “On sighting the policemen, the hoodlums whose actions had thrown the community into pandemonium, started shooting sporadically but were overpowered by the police, who succeeded in apprehending 10 members of the syndicate while some escaped with various degrees of injuries.

“Meanwhile the Commissioner of Police, CP Kenneth Ebrimson,  has ordered the immediate transfer of the suspects to State Criminal Investigation and Intelligence Department for discreet investigation. ”

Oyeyemi noted that the state police boss also praised the gallantry display of his men, while he also warned, saying: “ Anybody with criminal intent will not find a safe haven in Ogun state and any criminal who decides to test the will power of the command will meet his Waterloo.

He said Ebrimson further assured the good people of Ogun state of adequate security even as the Yuletide season approaches.