Plateau NSCDC to deploy 3,500 personnel ahead of polls 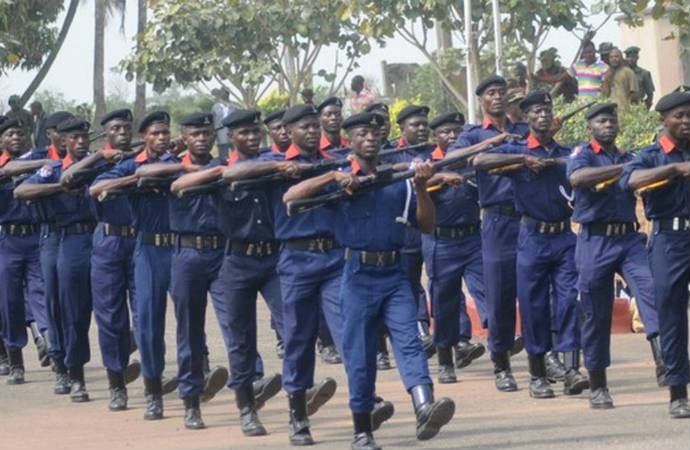 The Plateau State command of Nigeria Security and Civil Defence Corps (NSCDC) says that it will deploy 3,500 officers and men ahead of the February 16 and March 2 elections.

Mr. Solomon Olasupo, the Commandant, NSCDC Plateau state Command, made this known in a statement issued on Tuesday in Jos.

Olasupo explained that the affected officers and men had completed intensive in–house training ahead of the elections, adding that the NSCDC is going to collaborate with other security agencies in discharging its responsibilities.

Olasupo solicited the support of political parties and their candidates, as well as the electorate, in ensuring that the elections were violence-free.

He warned that the security agencies would deal decisively with any persons or groups breaching the peace before, during and after the elections.

The commandant warned the officers and men against partisanship, saying they should resist the temptation to be used by desperate politicians bent on disrupting the political process.

He also stressed the need for corps member to be cautious as anyone caught engaging in the nefarious acts would be made to face the full wrath of the law.

The commandant also appealed to politicians to conduct themselves in a manner expected of leaders and accept the outcome of the results in the spirit of sportsmanship.

He also called on the candidates and their supporters to shun violence that could claim lives and destroying property.

Olasupo urged all Nigerians to ensure peace in the elections. (NAN)