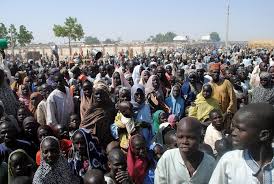 Chairman of Barkin Ladi Local Government Area of Plateau State, Hon. Ezekiel Mandiyau, has said the council has returned about 3,000 Internally Displaced Persons (IDPs) to their homes after staying a year in camps.

The affected persons returned home, on  Wednesday are from two major IDP camps.

The council boss revealed that there are a total of 12 IDPs camps in Barkin Ladi, which emanated from June 2018’s civil unrest, where over 2,000 people were killed, with thousands others displaced

Hon. Mandiyau made the disclosure, on Thursday, in Jos, while addressing journalists.

According to him, “The 2018 June crisis engulfed 34 villages, as a result, currently, there are 12 IDP camps, we were able to close two cps yesterday (Wednesday) the two camps we closed had about 3000 people, they are returning to their homes. Since there is relative peace now,” he said.

The local council boss also said that the state government, in collaboration with the council, might shut 10 camps before the end of 2019.

Recall that some IDPs had cried out for humanitarian assistance following hunger and ill-health and some of the persons in the camps had lived in the camps for more than a year.

It was learnt that most women got married there, while some gave birth at the camps, and some others died of economic hardship.