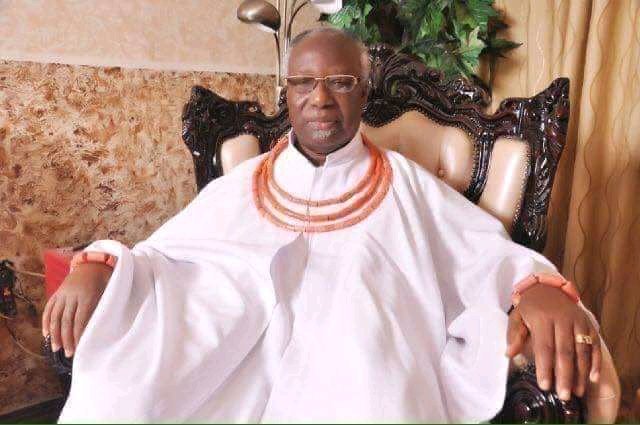 News Agency of Nigeria (NAN) reports that Pinnick led a delegation of the NFF, including the Vice President of the Federation, Seyi Akinwummi, to the funeral mass held at the United Baptist Church, Benin on Thursday.

Speaking at the mass, Gov Obaseki commended the exemplary lifestyle of his late uncle, saying he was glue that held the family together.

Obaseki said, “a limb has fallen from the family tree. He represented so much and impacted the state and the nation positively.”

The governor thanked everyone who commiserated with the Obaseki family during the time of their grief.

In a sermon entitled “Put your Life in Order”, Rev. Osama Usuanlele, Prelate Spiritual Head of United Baptist Church, said it was appointed once to die, and after that, judgement.

Usuanlele said there was no particular age to die, urging believers to do good things while on earth.

“People will be remembered for what they did while on earth; so do what will add value to your life and to people’s lives”.

NAN reports that late Obaseki was former National Chairman of the Nigerian Football League (NFL) and Vice President of the Nigeria Football Federation.

He became a registered member of Arsenal FC as far back as 1971 and was at various times, Chairman of Bendel Football Club.

His remains were later committed to mother earth at his residence in Benin. (NAN)