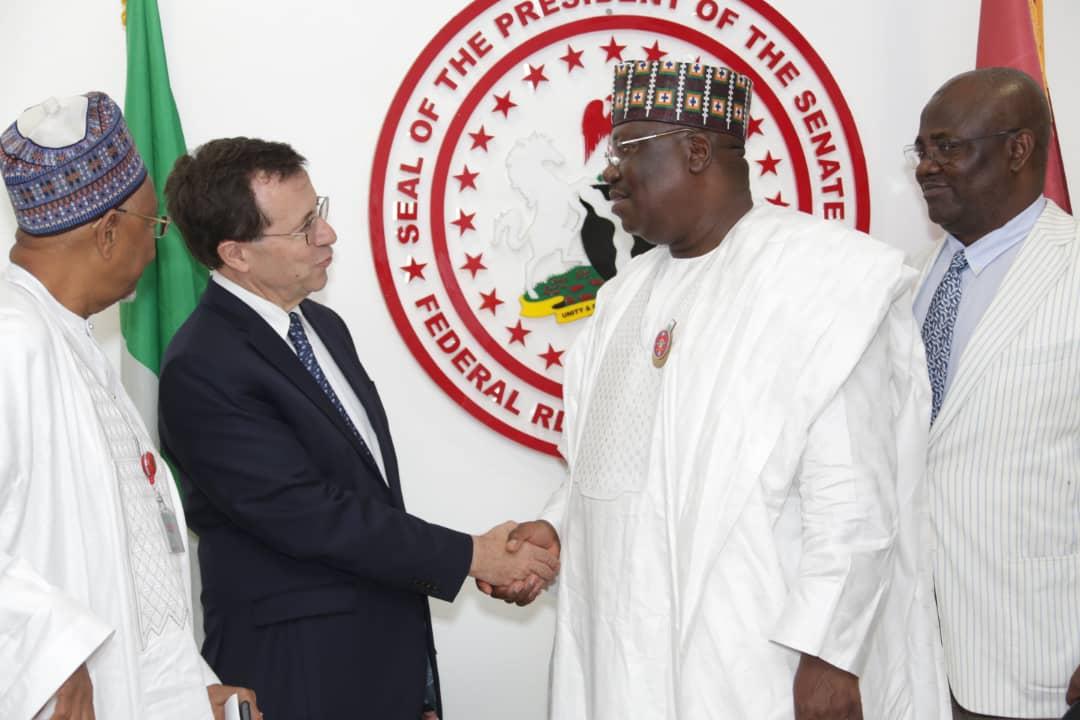 Senate President Ahmad Lawan, on Monday, said that the Petroleum Industry Bill (PIB) to be introduced by the National Assembly for consideration next year is not aimed at frustrating the operations of International Oil Companies (IOCs) in Nigeria.

Lawan made this known while playing host to the French Ambassador to Nigeria, Jerome Pasquier, at the National Assembly, in Abuja.

According to the Senate President, the PIB to be introduced by the 9th Assembly seeks to regulate the industry to create a win-win situation for the Federal Government and IOCs operating in the country.

He added that the bill if passed will shore the revenue earnings of government and bring about the needed infrastructural development in the country.

He said, “Recently we had to pass the Production Sharing Contracts amendment bill and that will give our country some more resources.

“We did that consciously so that Nigeria gets more funds but that our International Oil Companies (IOCs) get more profits from their businesses. We want them to stay here but it should be a win-win situation.

“Much as we want IOCs to make profits from their businesses, we also want to get revenues from our resources.

“Going forward from next year, we will be working on the Petroleum Industry Bill (PIB). That bill is for the petroleum industry in Nigeria to be properly regulated.

“It will not be a bill or an eventual Act that will put any business in Nigeria in jeopardy or disadvantage.

“It is going to be a bill that will give Nigeria a lot more revenue from the oil and gas sector to develop our country.

“We are going to be engaging the IOCs at the appropriate time to ensure that we have an oil industry that will be regulated properly in a way that makes both sides winners in that respect.

The French Ambassador said the reason behind his visit was to congratulate the Senate President on his emergence during the June 11 elections, as well as develop relations between France and the Nigerian government.

He added that France was willing to give its support to Nigeria in the fight against terrorism.

“I mentioned the fight against terrorism because ISIS is a common enemy of France and Nigeria.”

“We are ready to contribute to help Nigeria as much as possible in the area of terrorism.

“Many companies are willing to come to Nigeria to invest; but Nigeria must fix the problem of insecurity if Nigeria wants to have more direct investment,” Jerome said.