PHOTOS: Davido hangs out with Govs Wike, Makinde others in Europe 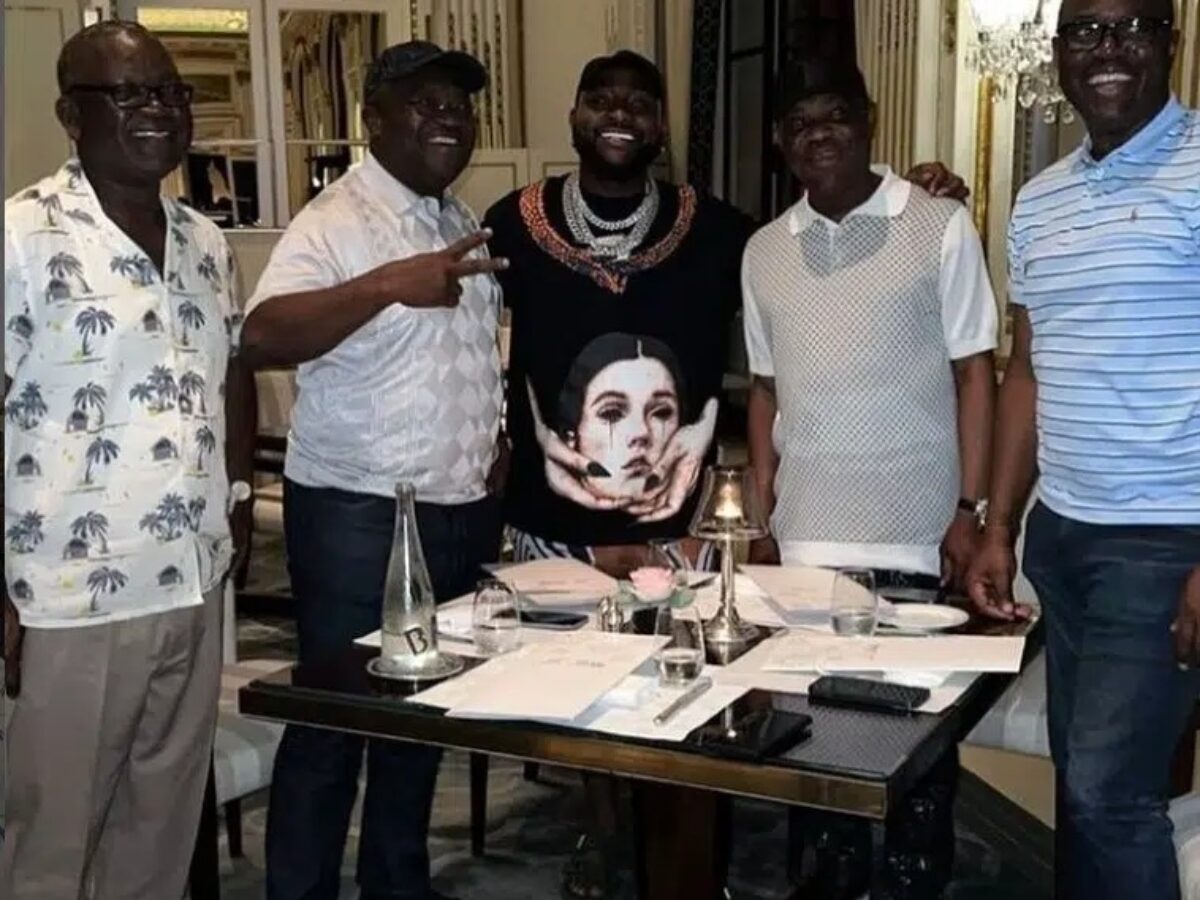 Popular Nigerian musician, David Adeleke, otherwise called Davido, has been spotted hanging out with some governors elected on the platform of the People’s Democratic Party (PDP).

The venue of the hang out was in Europe. 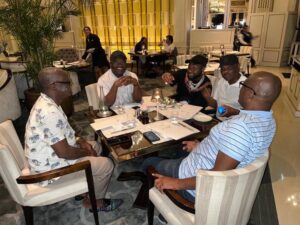 In a photo, which is now trending online, Davido could be seen in the company of Governor Seyi Makinde of Oyo State, Governor Nyesom Wike of Rivers State, Governor Samuel Ortom of Benue State and Okezie Ikpeazu of Abia State.

The music star could be seen enjoying a drink together.

Although details of the meeting were not made public yet, it was learnt that PDP governors were allegedly having a strategy meeting with the presidential candidate of the ruling All Progressives Congress (APC), in London.

I’ll remain in PDP till I die – BoT chair, Jibrin

Recall that Davido played an influential role in the emergence of hisuncle, Senator Ademola Adeleke as the governor-elect of Osun state under PDP, following the keenly-contested July governorship election in the state. 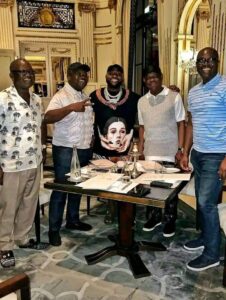 Adeleke had edged past incumbent Governor Gboyega Oyetola of the ruing All Progressives Congress (APC) to claim victory in the election.

Davido stood with Sen. Adeleke since the last governorship election in the state, which was won by Governor Oyetola in controversial circumstance.

Davido performed and rallied tremendously for Sen. Adeleke throughout the campaign period and till after the declaration of his uncle as the rightful winner of the Osun 2022 governorship election.

I’ll remain in PDP till I die – BoT chair, Jibrin